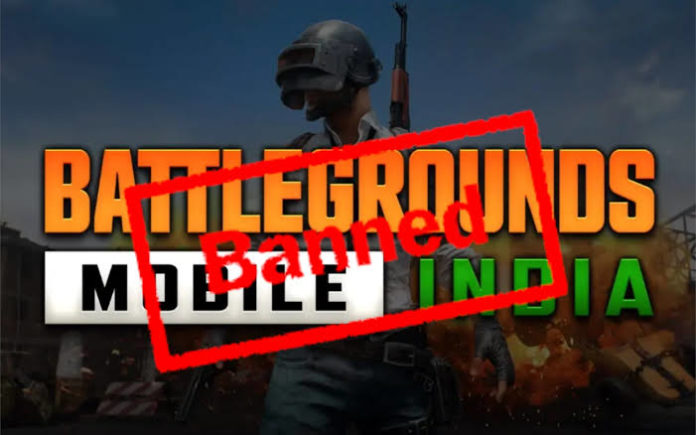 BGMI has been removed from the Google Play Store and App Store since the day before yesterday and gamers have been in tension as to whether this is another ban by the Indian government. While we are yet to get any official statement from Krafton for this incident but rumors say that the insanely popular gaming app might have been removed for the 69A rule.

This is how much BGMI achieved since its inception back in India:

2. In its dedication towards building a robust esports environment, KRAFTON, Inc. has also broadened the horizon when it comes to the format of BGMI’s tournaments. Per their plans, 2022 will see four pro and semi-pro tournaments (BMOC, recently concluded BMPS Season 1, BGIS Season 2 and BMPS Season 2) featuring cash prizes of INR 6 crores while giving players across India a platform to showcase their skills.

South Korean gaming studio Krafton, which owns the popular title, also appeared clueless about the order. “We are clarifying how BGMI was removed from Google Play store and the App store and will let you know once we get specific information,” a Krafton spokesperson was quoted as saying.

Here’s how the eminent people from the Indian gaming industry reacted to this BGMI’s removal from the stores:

This is too early to comment and we should wait for the official statement from the Government or the publisher to know more about this matter.
India is paving its path to becoming a multi-sport nation where every sport is getting the right visibility, audience and investment to grow. We have to reflect the same in Esports where we need to start giving exposure to multi Esports titles and not limited to one.

With so much attention on every front including the government, It’s also high time our Indian Video game developers speed up the process to launch world-class esports video game titles.

We are yet to receive an official statement from the Government on the reason behind the removal of the game from the Play Store and App Store. This is between the publisher and the government and we hope this issue will be resolved soon. For ESPL, it’s a wait-and-watch time to take further decisions.

The BGMI BAN will definitely be a setback for all major stakeholders like Tournament Organizations, Esports Teams, Coaches, Support Staff and most importantly the Athletes. However, at Revenant Esports, we will still be supporting our BGMI Athletes and make sure they use our training facility to create content and try their hand at different games. With that being said, the entire industry will take a hit but Revenant was built during the first stint of the Ban and we have always believed in diversification we still have rosters competing in Pokémon Unite which will be representing India at the World Championship in London, Call of Duty Mobile which will be playing the regional playoffs for the World Championship, Apex Legends that previously represented the SEA region in the ALGS Playoffs in Stockholm, Valorant that is currently playing a couple of regional tournaments. We have been the youngest team to represent our region over 3 times in 8 months. We have always believed in diversification and will continue to do so, we are optimistic of supporting our BGMI Athletes during these trying times.

As the official statement is yet to come on the removal of the game, if this game removal will stay for some time then it will be damaging to the ever-growing Indian esports ecosystem. It’s not just about one game but with the kind of popularity, player base and viewership BGMI has, it is leading the biggest esports title in India.

Looking at it from a sports lens, although we are a multi-sport nation, cricket enjoys the biggest chunk of revenue and viewership source in our country. This potential stay will hamper the whole esports ecosystem – consumers, businesses, stakeholders, jobs and much more. There is a large investment riding on startups, tournaments and game streaming, it’s a trickle effect waiting to happen.

All being said, the esports revolution in India is huge and the community is tightly bound. Indian esports will continue to grow and thrive.

All we know is that such occurrences are becoming more common by the year, and are happening without any foresight. Not very long ago, we saw a wave of China-based apps getting banned overnight, and also saw the likes of Free Fire getting the red flag – all happening without any prior warnings. Also, with the recent incident of a boy killing his mother over a BGMI argument, the game had yet again come under the radar of the government and marked it as “unsafe for young adults”. Similar incidents of arguments and damages due to the game have arisen in the past.

Government is yet to release an official statement in terms of the reasoning behind the ban (considering Krafton had taken almost all possible precautions to launch the game within set guidelines) but what we have realised by now is mobile games are becoming more unpredictable by the day.

I hope a regulatory body comes into play that monitors the games over time, instead of banning them overnight.