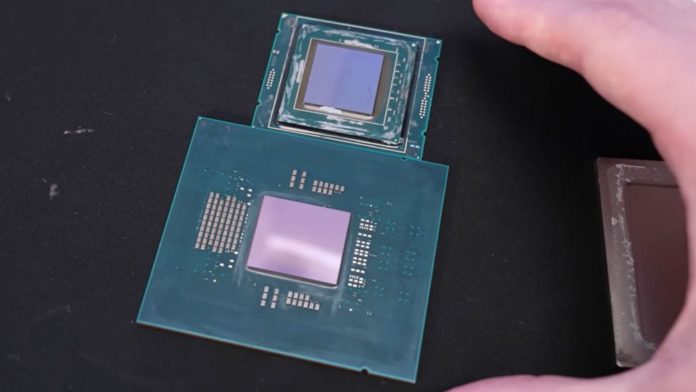 Der8auer, a specialist in overclocking, recently posted a new video demonstrating his interest in computer performance outside of the scope of PCs and x86 CPUs. Der8auer extensively examined the Ampere Altra Max Q80-30 core processor in the video attached below. He gives a general description of the design and platform, conducts some benchmarking, and then declares the release of this substantial chip.

This Ampere Altra component has 80 cores and 80 threads. The cores were created on TSMC’s N7 fabrication process utilising the Arm v8 architecture. This produces a large package that uses the LGA4926 socket and has a lot of pads. The Ampere Altra Max Q80-30 operates at speeds of up to 3.0GHz, and during testing, the system’s idle power usage was 35W. According to Der8auer, the processor’s TDP is 210W. A 128 core Altra Max with a 250W TDP is also available.

In order to evaluate the performance of one of the 80-core Ampere chips, Der8auer chose to run Geekbench 5 on the server

As well as being impressed by the multithreaded score, Derb8auer noted that the power efficiency of the Arm-based chip was “double” its x86 competitors. During the 1T tests, the Ampere 80-core system consumed about 90W max, and when nT tests began it never went beyond about 300W. Moreover, temperatures never went beyond about 65 degrees Celcius with a basic-looking heatsink and blower cooler equipped.

Der8auer stepped over to a vice and swiftly managed to pop the integrated heat spreader (HIS) off after his initial attempts to delid using a razor blade didn’t seem to work. The fact that Ampere just used glue and thermal paste was a first-world surprise. The company was anticipated to employ a solder TIM. But instead, there was a typical-appearing grey glop wedged in between the silicon and the HIS.

Nvidia working on 5nm based Lovelace – the successor of Ampere