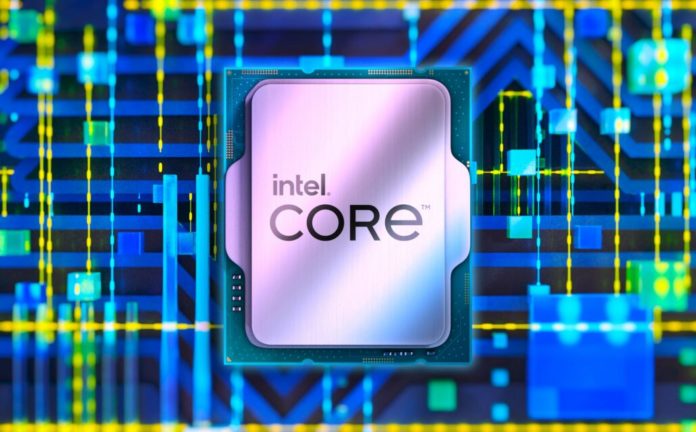 We now have performance data for all three 13th Gen “K-Series” SKUs of the Core i7-13700K Raptor Lake CPU from Intel thanks to leaks within Geekbench 5. The Raptor Lake CPU lineup’s fastest 13th Gen Core i7 chip will be the Intel Core i7-13700K. There are a total of 24 threads and 16 cores on the processor. 8 P-Cores based on the Raptor Cove design and 8 E-Cores based on the Grace Mont core architecture enable this combination. The CPU has a combined 42 MB cache, which is made up of 12 MB of L2 cache and 30 MB of L3 cache. The chip’s boost frequency was 5.30 GHz, and its base clock was 3.4 GHz.

The CPU is shown operating at speeds of over 5.3 GHz across all cores, and it achieves a maximum multi-threaded score of 19,811 points, a 20 percent improvement over the DDR4 entry. For the Intel Core i5-13600K, the DDR5 vs. DDR4 testing showed an improvement of +11 percent.

On the ASRock Z690 Steel Legend motherboard, the CPU was benchmarked with 32 GB of DDR4 memory operating at 3600 Mbps transfer rates. The Intel Core i7-13700K Raptor Lake CPU achieved performance scores of 20,90 in single-core testing and 16,542 in multi-core testing. In single-threaded benchmarks, the Intel Core i7-13700K is roughly 5% quicker than the Intel Core i5-13600K CPU, and it is 15% faster in multi-threaded workloads. Although the 13600K’s DDR5 variant performs significantly better, it still falls short of the 13700K in terms of performance.

You may view more Core i9-13900K benchmarks here and here, and here is where you can find additional Core i5-13600K benchmarks. The premium Core i9-13900K and Core i5-13600K desktop CPUs from Intel’s 13th generation Raptor Lake are scheduled to debut on the Z790 platform in October. The Ryzen 7000 CPU family from AMD, which also debuts in the fall of 2022, will compete against these CPUs.

Also Read:
WhatsApp: Finally the company is rolling out Data Transfer from Android to iOS and iOS to Android feature

Previous articleTeen Wolf: The Movie: The trailer reveals an epic Battle between Young Wolf and Humans
Next articleMeme Boys: A Meme Page has changed the life of some College Students