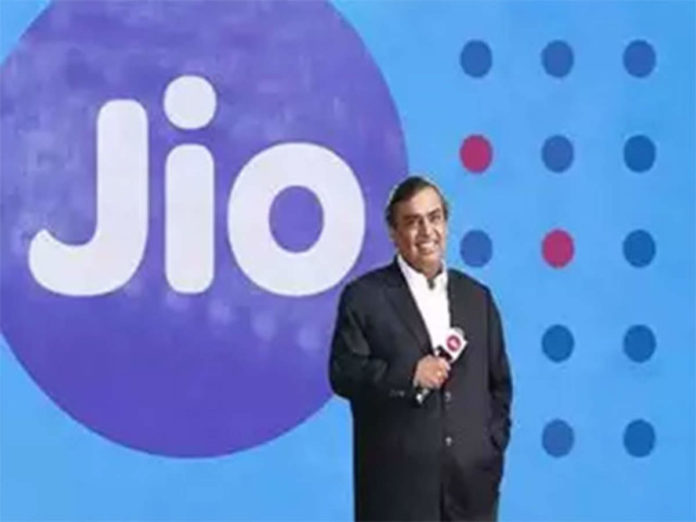 Reliance Jio Infocomm, the largest telecom provider in India, announced a nearly 24% increase in its June quarter net profit to 4,335 crore as pricing increases increased revenues. According to a document, the Mukesh Ambani-founded Reliance Jio reported operating revenue of 21.873 crore, or 21.5 percent more than the same quarter last year.

The December 2021 rate increases helped Jio perform better in the first quarter, and the network’s active user base has also been growing. In comparison to the same quarter a year prior, the standalone net profit increased by 23.8% to $4,335 billion. When compared consecutively to the quarter ending in March 2022, the net profit was about 4% higher.

It is important to note that Jio’s ARPU, or average revenue per user, climbed during the March quarter to 167.6 per subscriber each month. This is an important monitorable indicator for all telcos.

The operational profit margin for Jio for the recently ended June quarter was 26.2%, which is a little bit better than the same quarter last year.

The June 2022 quarter’s net profit margin was 16.9%, an increase of 40 bps (basis points) over the same time the previous year. The other two private carriers in the industry, Sunil Mittal-led Bharti Airtel and Vodafone Idea, have not yet released their Q1 FY23 earnings.

Jio’s Q1 performance report was released as the Indian telecom market prepared for the arrival of 5G services, which would bring with it cutting-edge services and new business models as well as ultra-high speeds (about 10 times faster than 4G).

The forthcoming 5G spectrum auction, which is set to start on Tuesday, July 26, will feature a total of 72 GHz (gigahertz) of radiowaves valued at least at 4.3 lakh crore. In addition to Reliance Jio, other companies expected to bid in the 5G spectrum auction include Bharti Airtel, Vodafone Idea, and a subsidiary of Gautam Adani’s Adani Enterprise Ltd.

Previous articleShazam! Fury of the Gods:  Shazam has to face off with a Dragon and Helen Mirren
Next articleSamsung ready to invest nearly $200 billion dollars for its 11 New Semiconductor Fabs in Texas