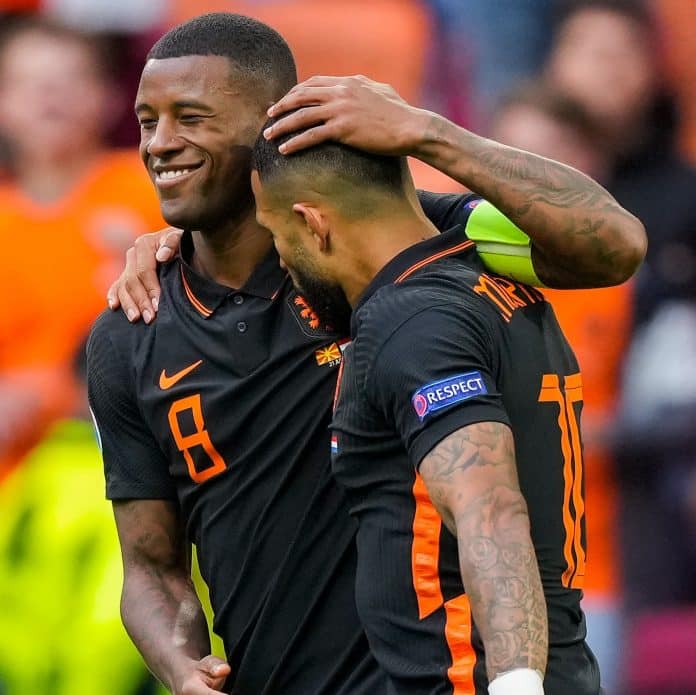 PSG and Gini Wijnaldum are not going to continue beyond the summer. The French club are looking for suitors that would be open to buying the player or even loaning him for the coming season.

According to Fabrizio Romano, the decision has been made final. And in the coming weeks, Wijnaldum will be leaving the Ligue 1 side. Jose Mourinho’s Roma have been rumoured as a potential destination for the midfielder. However, they have not made any formal contact for the Dutchman as of yet.

The PSG number 18 has been voted the flop of the season after leaving Liverpool as a free agent. Jurgen Klopp’s side tried to keep him at Anfield, but he wanted to move on to a new challenge.

Despite his ambition, things haven’t gone the way it was planned. And as a result, he has been dropped from the Netherlands national team. If he wants to make it to the World Cup in Qatar, he will have to earn regular playing time on the pitch.

And that could be possible at a new club where he is given an important role. Roma could be a possible destination, if they are able to sort out their transfer business.

PSG have already signed a replacement for Gini Wijnaldum in Vitinha, and are also looking to add Renato Sanches to their star-studded squad. However, they face competition from AC Milan for his signature and will have to convince Lille to sell to them.

Previous articleReports: Global Electronics and Hardware Manufacturers are now seeking PLI payments from the Government
Next articleReport: India has more KFC and Pizza Hut outlets than Canada and Mexico