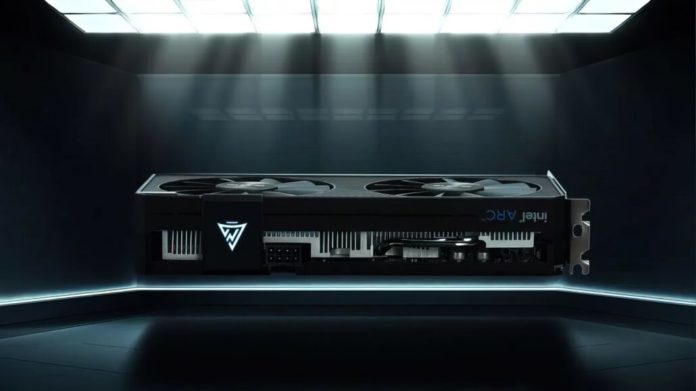 The Intel Arc A380 GPU and how it handles overclocking were recently featured in a video posted on YouTube by overclocking enthusiast Pro Hi-Tech.

The Intel A380 displayed astounding performance on elevated power rises and voltage offsets, to the point where you would almost not realize it is one of the lower-level Intel graphics cards. The Pro Hi-Tech scores were quite astounding.

Six games were benchmark tested on the modified Intel A380 GPU

With a marginal improvement of four to six percent, the modifications’ outcomes allowed the Intel Arc A380 to display a GPU core overclocking of 100 to 150 MHz. Power utilization levels climbed by 43 to 57 percent, from about 35W to as much as 55W. The next-generation graphics card’s performance seems to be being constrained by Intel.

PRO During the testing, Hi-Tech turned on resizable BAR, which also gave the graphics performance a great boost. To highlight the performance differences between the two cards, NVIDIA’s GTX 1650 GPU, which is comparable to the Intel Arc A380 GPU’s factory settings, was included in the findings.

Another testing done on the Intel Arc A380 GPU demonstrates that the drivers and optimizations employed are the fundamental heart of the graphics card. It is remarkable that the graphics card’s overclocked totals in the video approach a maximum power usage of 55W. The A380’s TDP is officially indicated by Intel as 75W on the website for the product.

There have been reports of performance limitations in numerous games played on the Intel Arc A380 due to driver optimization issues, and turning on ReBAR hasn’t made matters any better.

It is hoped that Intel would investigate the most recent performance information that is starting to surface and take into account what is happening to find a solution to the expanding list of problems with their new graphics card.

There are a lot of talks that China was chosen as the testing ground for the new graphics card. We can witness these leaked videos and details for new technology that hasn’t yet reached consumers’ hands since some people have access to those upcoming cards before the official release.

Previous articleHere is the list of the Top 10 Most-Watched Movies of Last Week
Next articleMasaba Masaba (Season 2): Masaba Gupta unveils her desire to be a KING this time