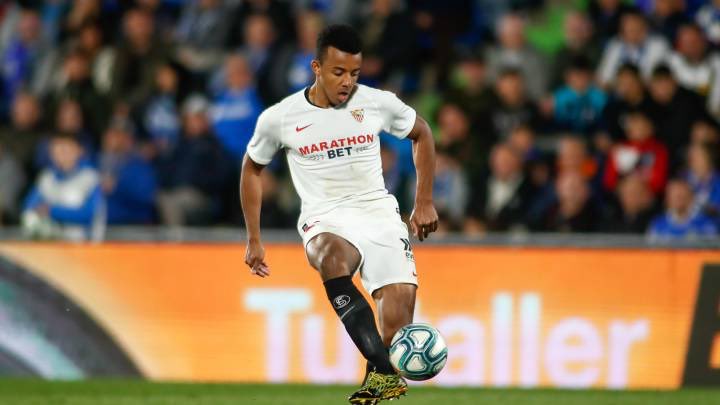 Barcelona don’t seem to be done with transfers yet. Jules Kounde is the next man on the list for the board, after the recently confirmed signings of Robert Lewandowski and Raphinha.

The Sevilla centre-back’s merchandise has been removed from the official store. Moreover, manager Julen Lopetegui has also said that the Frenchman could leave the club this summer. As a result, there is a chance that Barcelona could be his next destination.

Andreas Christensen has already joined the Blaugrana from Chelsea on a free transfer. But, Xavi wants another centre-back to join the first team this summer. And Jules Kounde has been identified as the best option for them.

However, they will be facing competition from Chelsea for his signature. The Blues have re-ignited their interest in the player, and want to finalise the transfer fast. They have already signed Kalidou Koulibaly from Napoli, and need more reinforcements to replace their outgoings.

Sevilla will want around €60 million for the young defender, who has made a name for himself with the Basque side. The player was very close to joining Chelsea last summer. But the move ultimately fell through, and he ended up staying with Sevilla for the coming season.

This summer, though, it is more likely that he will be leaving. Barcelona are interested in signing Cesar Azpilicueta and Marcos Alonso from Chelsea as well, which could open up a pathway for the Blues to move for Kounde ahead of Barca. But, it now seems like a race against time for the two clubs.