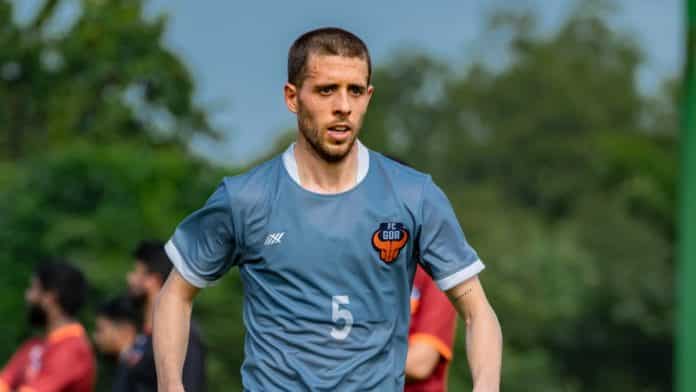 The 32-year-old Spanish attacking midfielder Alberto Noguera is continuing his ISL journey as he has now signed for the 2020/21 ISL winners Mumbai City FC.

The former Atletico Madrid and Blackpool footballer Noguera experienced the last two ISL seasons for FC Goa. While Noguera’s FC Goa were the semi-finalists in the ISL 2020/21, they won the Durand Cup 2021.

Alberto Noguera: The ISL 2020/21 Winning Pass of the League award winner also finished his ISL debut season as the joint most assist provider

During his first ISL season (2020/21), the FC Goa attacking midfielder Noguera finished as the joint most assist provider with eight assists in 20 appearances. He also won the Winning Pass of the League award at the end of that ISL season. The Spanish footballer scored only one goal in that entire season.

In the last ISL season (2021/22), while Gaurs finished in the ninth spot in the points table, Noguera recorded three goals and three assists in 19 appearances. So, he has four goals and 11 assists to his name in his ISL career.

Noguera was a free agent before his latest one-year contract signing for Mumbai City FC. On Saturday (16th July), the Islanders confirmed their new foreign signing for the new season.

Though MCFC started the ISL 2021/22 as the defending champions, they closely failed to earn the playoffs ticket of that competition by managing fifth place in the final points table. The Mumbai-based team, the first Indian club that recorded a victory in the AFC Champions League (main round) history last April, is desperate to return to its familiar form.

The English manager Des Buckingham, the Head Coach of the Islanders, is excited to work with this experienced Spanish footballer.

Buckingham stated about the new signing on the official MCFC website, “Alberto is an excellent addition to our team and has shown consistently over recent seasons his ability to influence games in a way that will suit our style. He is a very experienced player who will also provide additional leadership to the group while allowing us to develop and adapt the way we want to play. I am delighted to have Alberto with us and I look forward to working with him.”

Noguera is also ready for a new start in his adventurous football career.

Alberto Noguera will sign for Mumbai City FC in 2022