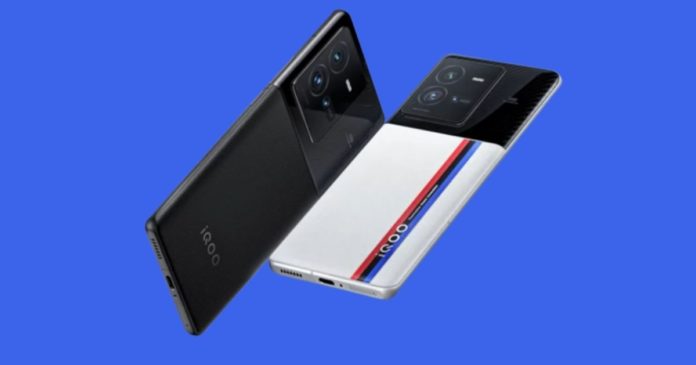 Ahead of the official launch confirmation, key details of the vanilla model have leaked. A new leak by tipster Ice Universe has revealed the design of the vanilla iQOO 10. Let’s take a look at the iQOO 10 design renders, specifications and other details leaked so far.

Tipster Digital Chat Station has listed the specifications of the vanilla iQOO flagship smartphone. He claims that the device could sport a 6.78-inch Full HD+ OLED display. It will have features like a 120Hz refresh rate support, DC Dimming, etc. The screen is likely to sport a hole-punch cutout at the top center for the front camera.

According to a recent leak, the phone will have a 50MP main camera with a 1/1.5-inch sensor. Details of the other two camera sensors remain unknown. However, we can expect the phone to feature a 12MP/ 16MP ultrawide camera and a 12MP portrait telephoto camera with 2x optical zoom.

Under the hood, the phone will draw power from a Snapdragon 8+ Gen 1 SoC. It will be paired with up to 12GB of RAM. One can expect the phone to offer up to 256GB of internal storage.

The video teaser also has text at the bottom right corner of the clip revealing that the 10 will come with 120W charging whereas the Pro model will support 200W fast charging.

It’s worth noting that the iQOO 10 Pro BMW Legend edition has a White leather finish with the automaker’s Red-Black-Blue stripes running vertically. The smartphone also has a power button accentuated with Blue color. The 10 Pro has a speaker grille, USB-C port, and a SIM tray slot at the bottom. If you notice closely, the teaser video also reveals a curved screen with centre-aligned punch-hole display.