Nothing Phone (1) to feature a 33W Fast Charging 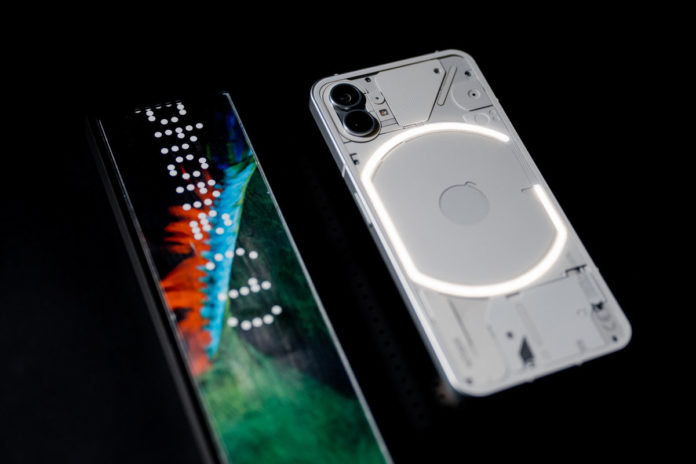 Nothing will launch its first smartphone on July 12. The company on Wednesday announced the launch date of its first-ever smartphone. The brand and its CEO Carl Pei are touting the phone to be something completely different from what we have seen from smartphones so far.

In a latest update, the fast charging capabilities of the handset have surfaced online via an alleged TUV SUD listing. Additionally, sale offers for the phone have also leaked. Customers could get Rs. 2,000 discount for the purchase of Nothing Phone 1 via HDFC credit card and EMI transactions. The model numbers are C304, C347, and C348.

The Nothing Phone (1) is said to feature a 6.55-inch FHD+ OLED panel with a 120Hz refresh rate. The smartphone is confirmed to be powered by a Snapdragon 778G+ processor, which will be paired with up to 12GB RAM and up to 256GB of internal storage.

The Nothing Phone 1 will get 33W fast charging, if the listing is to be believed. It is not as fast as some in the industry but most mid-range devices offer the same speed.

It could have two rear cameras, one with a 50-megapixel primary lens and the other with a 16-megapixel or 13-megapixel ultrawide lens. A 16-megapixel selfie camera is also on the way. It will have a Glyph interface on the back panel with over 900 tiny lights. The device has a clear chassis with an aluminium frame. The transparent design is already out and there could be two color options, namely black and white.

It will launch with the all-new Nothing UI, which will be a responsive and smooth user interface built on top of Android 12. The smartphone is already available for pre-order in a few countries. Additionally, the Nothing phone (1) price was also leaked and it could fall under Rs 35,000. That said, a few details aren’t confirmed and we need to wait until July 12 for all the clarity.

Nothing Phone(1) officially launched for Rs.32,999