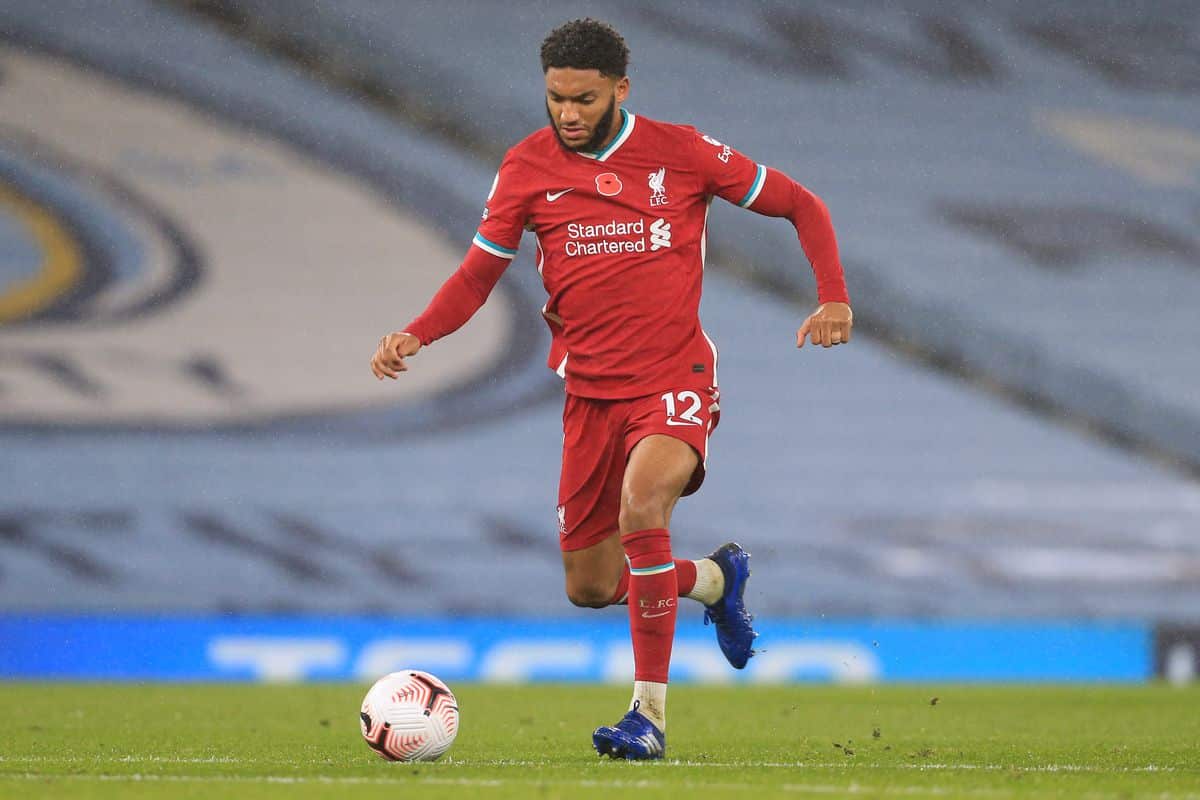 Joe Gomez has signed a contract extension with Liverpool, with his new deal running until 2027. The player had attracted interest from Aston Villa over a move this summer, but has instead decided to stay on with the Merseyside club.

The 25-year-old has been in and out of the starting line-up, mainly due to injuries. He damaged his anterior cruciate ligament twice which has kept him out for prolonged periods of time. But still, he has been able to make an impact for Jurgen Klopp’s side when called upon.

“It’s obviously a special moment for me and my family,” he told Liverpool’s website. “Another one that you dream of as a kid and one I don’t take for granted.

“It is an unbelievable place to be; in my eyes, probably one of the best – if not the best – clubs in the world at the minute. The opportunity to extend my stay here was an easy decision to make, really.

“Obviously, I have been here quite a while now, but in the grand scheme of things I still feel young and, like you say, the best years are ahead of me. I have got more to learn and the time to do that.

“I think I have the platform here to do it with the manager and the coaching staff around me and my teammates, to make sure the best years are ahead.”

Joe Gomez is extremely versatile, capable of playing as a full-back or a central defender. He joins Mohamed Salah as the second Liverpool star to renew his deal this summer.

Erik ten Hag’s Manchester United thrash Liverpool by 4-0: Here are some key points of the game for the Red Devils