Apple M2 vs AMD Ryzen 7 6800U: Apple wins in GPU testing but fails in terms of CPU Performance 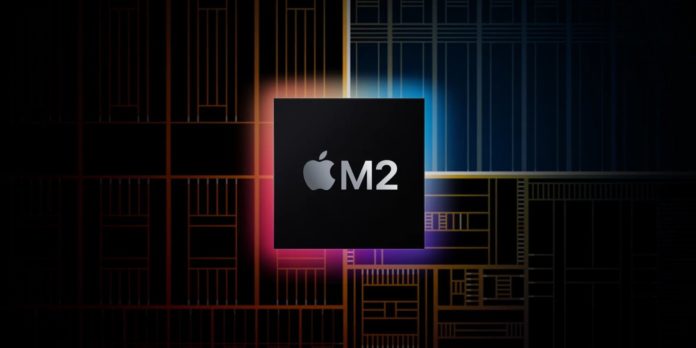 HardwareUnboxed put Apple’s M2 SOC to the test against a wide range of AMD & Intel CPUs to show off its gaming and application performance capabilities. The Apple M2 SOC, which was unveiled last month, has an updated design built on the TSMC 5nm production node. There are 20 billion transistors in the Apple M2 SOC.

This represents a 25% improvement over the M1 SOC. While we have the same number of 8 cores as the M1 from the previous generation, the cores themselves have been updated. The chip size has also seen a slight rise. Additionally, that represents a 25% rise over its forerunners.

With brand-new Performance and Efficiency cores and a bigger cache, the new Apple M2 SOC offers up to 18% faster multi-threaded performance than the M1. Additionally, the SOC receives 24 GB of LPDDR5 memory that functions as unified memory. This feature includes two 12 GB (128-bit wide) LPDDR5 DRAM chips for up to 50% greater bandwidth (100 GB/s) and is on the same packaging as the M2 SOC.

A new Neural Engine with a 16-core architecture and up to 15.8 trillion operations per second offers 40% better performance. Additionally, the Apple M2 SOC’s GPU includes 10 additional cores, a 25% increase over the M1, and a larger L2 cache, which when combined with the increased bandwidth, can improve performance by up to 35%. The GPU provides a throughput of 111 GTexels/s and 55 GPixels/s.

The Apple M2 SOC was compared to a wide range of AMD & Intel Mobility CPUs, primarily the 12th Gen, 11th Gen, Ryzen 6000, and Ryzen 5000 lineups, in terms of CPU performance.

The M2 SOC competes mostly directly with Intel’s Alder Lake-U28 and Ryzen 6000U components, which are both available in a comparable TDP configuration and fall within the 25-28W TDP range. In Cinebench R23 tests, the M2 SOC performs worse than the Intel Core i7-1260P and the Ryzen 7 6800U. The M2 performs better than the Ryzen 7 6800U but falls short of the Intel Alder Lake processor in CB R23 Single-threaded tests.

In terms of power consumption, the Apple M2 SOC has a significant advantage over the AMD Ryzen 7 6800U and the Intel Core i7-1260P, which both top out at 54W and 37W, respectively. Therefore, it can be seen that Apple’s assertion that M2 will offer double the efficiency of Alder Lake CPUs was pretty accurate.

Although many AAA games run on the platform, Apple CPUs and Macbooks may not be the first choice for gamers. Nevertheless, HardwareUnboxed tested Shadow of the Tomb Raider, and the results are rather interesting. At 1200p with SMAA enabled, the Apple M2 SOC was able to outperform the AMD Ryzen 7 6800U CPU’s rDNA 2 iGPU by up to 10%. Another great point of Apple’s M2 SOC is its battery life, which can last up to 48 percent longer than AMD’s Ryzen 7 6800U and 2.2 times longer than Intel’s Core i7-1260P while playing normal 4K YouTube videos.

Also Read: ASML: the U.S is forcing the company to stop selling its Lithography tools to the Chinese