Kumud Mishra appears as a titular sexologist in Imtiaz Ali’s new film ’Dr. Arora: Gupt Rog Visheshagya’. Recently, the trailer of the new film has been released. Kumud Mishra is playing the role of Dr. Arora. who is a doctor in her sex clinic in the film has been produced by Imtiaz Ali’s A Window Seat Films and also collaborating with Reliance Entertainment.

The new trailer begins in Dr. Arora’s clinic as one of the patients is pulling out a  gun while raising questions about his identity. The patient is really very scared to reveal his secret. Kumud Mishra is playing the role of a calm and composed Dr. Arora and also confirms to him that he will cure very soon, after that the patient lowers the gun.

The montage then provides such a glimpse of men of leading lonely lives as they just fail to “perform” in the bed. We can also get to watch a few consultations that show hesitation and apprehension as people often face a struggle when addressing the problem of sexual health. We also can get to watch some loving wife and become disappointed in bed, and there is the one who arrives at the doctor with her mother.

The new trailer fills with some potential materials for a fun fact, and commentary on how the extremely small town, and the middle-class society that dealing with some problems.

The film has made by Imtiaz Ali, and the show is directed by Sajid Ali and Archit Kumar. The film also features Gaurav Parajuli, Ajitesh Gupta, Vidya Malvade, Sandeep Dhar, and Shekhar Suman. We will also see Vivek Mushran.

In a recent press conference, Imtiaz Ali shared, “Dr. Arora, Gupt Rog Visheshagya angle, would never be made if there weren’t the great Indian Railways taking me from Jamshedpur to Delhi and back to the heartland of India several times a year. I realized that the most advertised product or service in those areas was the of local sex doctors.”

He also added, “It intrigued me no end and I sat endlessly at the window seat of those trains wondering what it would be inside the clinics of such doctors, what would it be to have those ailments and live in these small north Indian towns. All the intrigue, social awkwardness, and humor I have imagined over the years traveling through those towns have been poured into the forthcoming Dr. Arora. Special mention to SonyLIV for lapping up this story right at the onset and raising it with life.”

The actress Kumud also said, “Dr. Arora is a refreshing take on an important issue that demands more and more conversations across it, as that is the only way it can be normalized. The concept is very different from everything that I have   done so far.” Laal Singh Chaddha and Raksha Bandhan at the box office have... 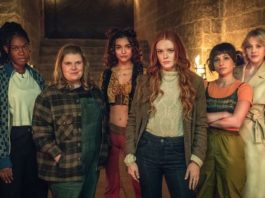 Fate: The Winx Saga (Season 2): Netflix has unveiled the Release... 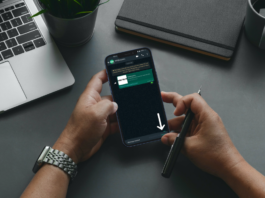