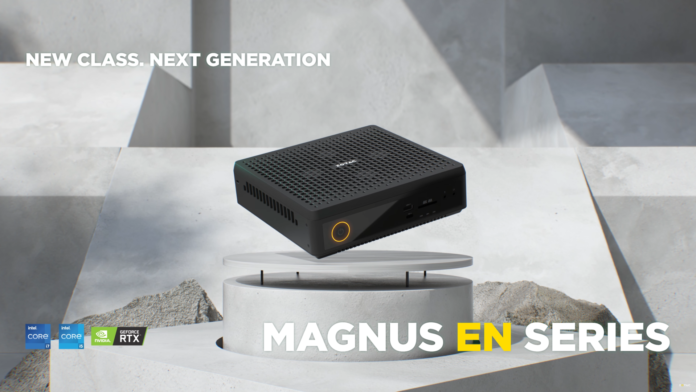 The ZBOX Magnus EN-Series Mini PCs from Zotac were introduced earlier this year, and they use the newest GeForce RTX 30 GPUs from NVIDIA. With a starting price of $1500 US, the business has now formally begun accepting pre-orders for its ZBOX Mini PCs in countries like Japan.

The RTX 3080 has a 150W rating whereas the RTX 3070 has a 125W rating. Regarding the RTX 3060 included in the entry-level system, there are no TGP specifications. However, this kind of performance in a small form factor package, like the Zotac Zbox, is excellent for gaming purposes.

Keep in mind that these are mobile variations, so don’t anticipate the same performance as desktop parts since these feature reduced GPUs, lower rates, and conservative clock speeds.

These items probably weren’t created with Alder Lake in mind, although a later version might incorporate the new chips.

Given that there is no tax in the US, the starting price for the RTX 3060 model is anticipated to be $1500 US.

Previous articlePrime Day launch: ASUS TUF Gaming A15 with Ryzen 7 6800H & RTX 3060 available to order now
Next articleGotham Knights: All the Animation Frames of the Game Completely Redone by the Studio