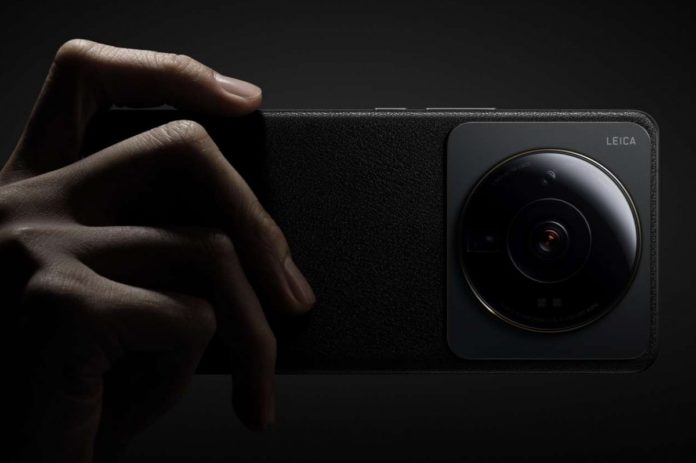 Xiaomi unveiled its 12S Series earlier today. The company announced a total of three devices, the best of the lineup is the Xiaomi 12S Ultra, a device that has been in the works for long and rumors of which have been surfacing on multiple occasions.

The latest device from the smartphone maker arrives with a premium leatherette texture on the rear, the device has a large rectangular camera island on the rear with a smaller circular module that houses image sensors. The highlight of the setup is that it has been made by Leica, the brand’s logo is also there on the island.

The brand has gone a step further to offer a premium flagship experience by adding a rim made of 23k gold to the camera module. The leather is eco-friendly as per the company and it will not turn yellow after a while. It is also dirt and wear-resistant which makes it extremely functional.

On the front, the smartphone has narrow bezels and features a centrally aligned punch hole camera setup. The smartphone has an IP68 water and dust resistance rating. Heating will be the last of the 12S Ultra’s issues as it has an amazing cooling system inspired by the veins on leaves.

The smartphone features the Snapdragon 8 Plus Gen1 chip that has been paired with up to 12GB LPDDR5 RAM and 512GB of UFS 3.1 storage. On the front, it has a 6.73″ LTPO 2.0 AMOLED display with a 2K resolution, a refresh rate of 120Hz, and a peak brightness of 1500 nits with a pixel density of 521ppi. The display supports Dolby Vision and has an HDR10+ certification as well.

In the optics department, we get to see the results of Xiaomi and Leica’s partnership. The 12S Ultra has a Leica Summicron lens system on the rear, it has a triple camera setup featuring a 50MP Sony IMX989 sensor with a 1″ sensor. The primary lens supports HyperOIS and can record 8K resolution videos. The secondary lens setup includes a 48MP ultrawide angle lens with a 128-degree field of view and another 48MP sensor that offers up to 120x magnification along with OIS.