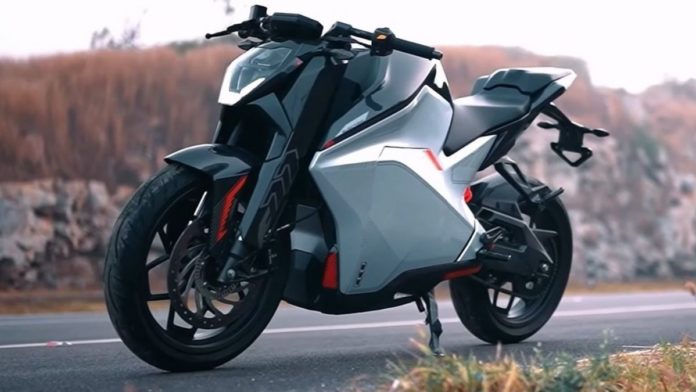 Ultraviolette CEO and co-founder Narayan Subramaniam have revealed the company is finally getting ready to launch Ultraviolette F77 with numerous changes and improvements. Company silently improves its electric vehicle (EV) ever since officially unveiling it in November 2019, the Bengaluru-based bike maker says it has updated almost every aspect of the F77.

The biggest update has been in battery technology which combined the capabilities of the 3 battery packs of 4.2kWh. From 18650 cells, the company has now switched over to 21700 NMC cells. The company had promised a real-world range of about 130-150km on a full charge.

The company hopes the first Ultraviolette F77 to roll out of its facility in Electronic City, Bengaluru, quite soon and across the country. The company also plans to open its own experience centres in major cities across the county.

The much-awaited electric sportbike, the F77 can be priced in the range of Rs 3 lakh and Rs 3.25 lakh (on-road) when it went on sale. In the first year, Ultraviolette only plans to produce 15,000 units of the F77. But, production will be increased to 1.20 lakh units over a period of time.

Ultraviolette F77 has gained more weight and increased the centre of gravity and made it top-heavy. This will improve the performance and make it more agile, establishing a better connection with the rider.

Ultraviolette F77 Features as we know so far

It comes with 3 Lithium-ion Batteries with Air Cooled 25000W motor power and AC motor with Peak Power of 33.9 PS @ 2250 rpm. It consists Digital speedometer, odometer and tripmete and Push Button Start. Gear Box comes with single reduction helical. Some other exciting features are Automated Battery Ejection Battery Locking and Vibration Arrestors, E-SIM, Fall & crash sensor, Emergency contact alert. It has 1.5 Hours fast charging and it can go 0-100 kmph in just 7.2 sec with top speed of 147 kmph. The claimed range is 130-150 kmph. It has Dual disks in front and rear breaks and Steel trellis with aluminium bulk head frame. It has tubeless Tyre: Front :-110/70-R17 Rear :-150/60-R17. The Kerb weight is 152kg.

Previous articleSamsung launches its Gaming TV Hub for its 2022 Smart TVs and Monitors
Next articleDead to Me (Season 3): Netflix confirms the estimated Release Date and All Details about the series