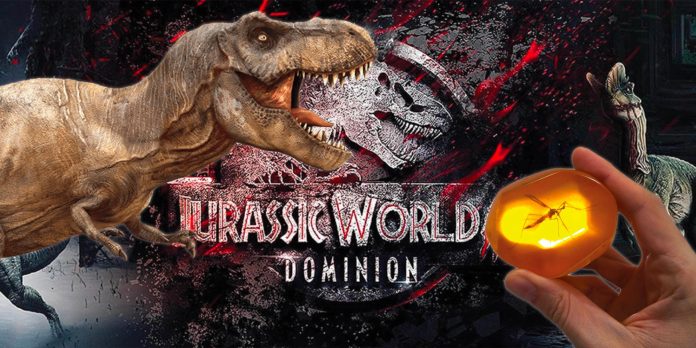 With the release of Jurassic World: Dominion in June, this new addition to the Jurassic World franchise has brought some of our favourite dinosaurs to the big screen once again. From newcomers like Dreadnoughtus to old fan favourites like the T-rex, the new movie promises to delight fans with a variety of prehistoric creatures of all shapes and sizes!

Interested in finding out how big each dinosaur would be in real life, Top10casinos collected size information on the height, weight, length of 10 popular dinosaurs in Jurassic World: Dominion and compared them to real items in our universe!

As the largest dinosaur featured in the film, Dreadnoughtus weighs about 130,000 Ibs, similar to a max cargo weight plane like Boeing 777-300ER!  They are also a frightening 9 metres in height and 26 metres in length, which means they would fill an entire basketball court in real life! This gigantic herbivore also weighed a staggering 130,000 Ibs, similar to the max cargo weight of a Boeing 777-300ER plane.

In second place is the largest aquatic dinosaur in the film, Mosasaurus, who weighs over 30,000 Ibs, heavier than the empty weight of a Boeing CH-47F helicopter! They also can reach the lengths of 17 metres, similar to the length of a bowling alley! Although this popular sea monster plays a smaller role in Dominion, the movie echoes an iconic scene from previous instalments as the monster sets its sights on a boat full of sailors.

Probably the most infamous dinosaur, the T-Rex ranks third place in terms of weight. It is as heavy as 19,842 Ibs, similar to a big school bus! It is also around the same size as a double decker bus, coming in at 13 metres long and 4 metres tall. Iconic to the franchise, the T-rex in Dominion has a thrilling confrontation scene with Giganotosaurus, bringing the power dynamics between these evenly matched dinosaurs to the forefront.

Quetzalcoatlus, one of the largest known flying animals to have ever lived, ranks seventh and weighs about 550 Ibs, similar to motorcycles like Harley Forty-eight. Despite its relatively small weight, it is as tall as a Giraffe (5 metres) and has a wingspan equal to the length of the average truck (11 metres). This flying giant appears as one of the many airborne terrors in Dominion, with the ability to take down planes with ease.

In eighth place and making its franchise debut is Pyroraptor, a small bird-like predatory dinosaur. With a weight similar to a sports motorbike (400Ibs), they are about the same height as American NBA legend, Michael Jordan. The movie sees them take on the role of man-eating predator, as they race across a frozen lake in a scene that will keep you on the edge of your seat.

Previous articleDI4RIES: Everything We Know about the teenage love drama series
Next articleAll the Upcoming Netflix Movies in July 2022