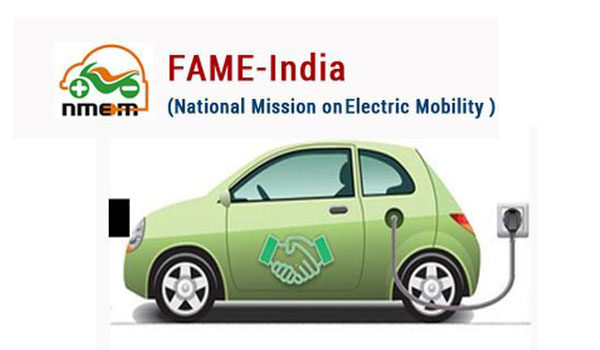 The companies opting for subsidies under the flagship electric vehicle promotion scheme, the FAME are getting a lot of attention from the Centre as it has come to the notice that manufacturers are misleading the government by providing fake information.

FAME Scheme applicants will have to produce additional documents for verification:

Now EV makers will have to get a certificate from a verified chartered accountant who works with the Comptroller and Auditor General’s office. This will help the government to verify the extent of imported components in their vehicles before their products will be eligible to qualify for subsidies under the Faster Adoption and Manufacturing of Electric and Hybrid Vehicles in India scheme.

This additional step of verification from the authorities will make the process more stringent for people with knowledge of the matter. The subsidies given by the Ministry of Heavy Industries as per the scheme are given to companies that comply with strict rules and source their components such as motor, controller, onboard charger, instrument panel, chassis, and wheels locally.

The government is looking to incentivize the development of the local manufacturing ecosystem via subsidies and make India a preferred location for making EVs.

There are a few rotten apples in the list of companies that benefit from this scheme that wrongfully declare imported components as locally sourced by routing such imports through local companies. This practice is reportedly rampant in the electric two-wheeler market where the manufacturers rely heavily on Chinese players. The subsidies decrease costs for two-wheeler manufacturers by up to Rs. 15,000-60,000.

“The goal is to keep a check on companies that claim made in India status for their products but actually try and pass off largely imported goods, the scrutiny of components that claim subsidy under the FAME scheme is an evolving process. We have been trying to make the procedure for availing of subsidy support more robust as the ecosystem evolves,” a senior official commented.

If an EV maker attempts to sell a non-compliant vehicle as a subsidized one then they will face the music as any subsidy accrued is borne by the company. The scrutiny has not gone up just in terms of documentation needed to avail subsidies but also validating authorities are personally inspecting the premises of EV makers and their suppliers before certifying any vehicle as a compliant one with FAME-India rules.

An electric motor manufacturer told reporters that inspections by certification authorities, in-person or over a video call have become the norm now and they just want to ensure if a supplier had a local manufacturing setup or if the re-routed imports with a fake stamp.

Xiaomi Electric Car Prototype Will Be Revealed In August