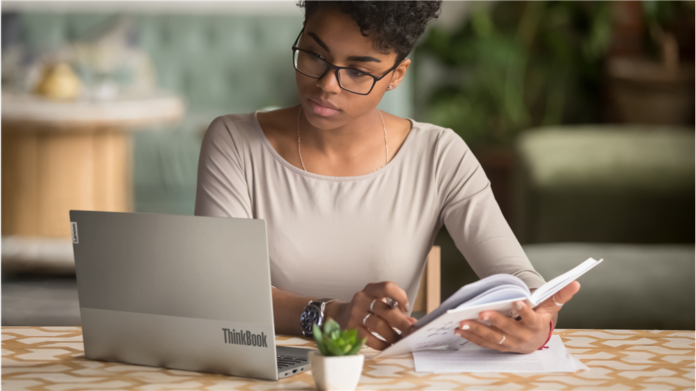 New ThinkBook 13S AMD Ryzen Edition notebooks from Lenovo will soon be available; they have AMD’s Ryzen 6000 ‘Rembrandt’ CPUs while maintaining the same weight as the Intel version. On Lenovo’s international official website, a new ThinkBook 13S Core model with an Intel 12th Gen Core Alder Lake-P series CPU was introduced in April of this year.

Lenovo, however, recently decided to advertise AMD models that are powered by Ryzen 6000 series CPUs.

The new ThinkBook offers storage options for SSDs up to 1TB, memory options up to 16GB LPDDR5-6400, and displays with 660M or 680M iGPUs (depending on the model).

The 300 nit brightness rating and 100% RGB color gamut will be shared by both Ryzen models. The AMD Ryzen ThinkBook 13S with the Ryzen 7 6800U CPU offers a maximum contrast ratio of 1500:1, which is higher than the Ryzen 5 model.

In addition to full USB-C, USB-A, HDMI, and other standard connectors, the new Lenovo ThinkBook 13S AMD Ryzen laptop has USB 4.0 connections. The latest Lenovo notebook has measurements of 297 x 211 x 14.9 mm. It is expected that the following ThinkBook will weigh 1.23 kg.

Lenovo is expected to release the new ThinkBook 13S AMD Ryzen edition notebook to the general market in China in the upcoming months.