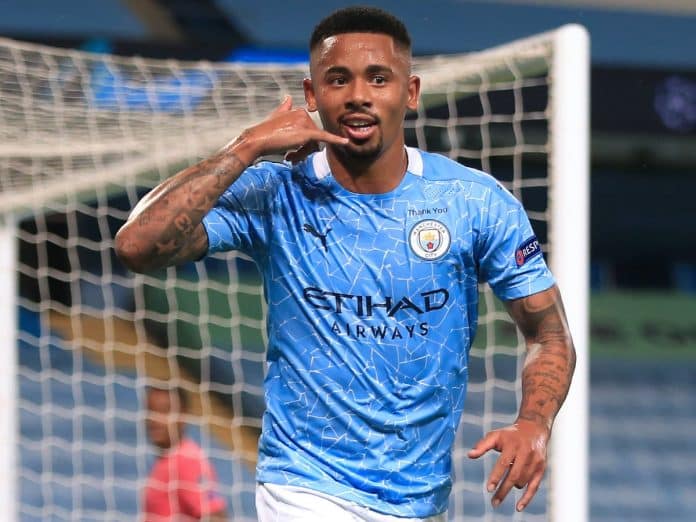 Gabriel Jesus joined Manchester City in January 2017 after leaving his first senior club, Brazilian team Palmeiras. In his more than five seasons of services for City, Jesus served as one of the crucial members while the team achieved huge successes.

Jesus scored 95 goals and 46 assists in his 236 appearances for Manchester City. Last season, he managed 13 goals and 12 assists in 41 games for the Sky Blues.

The talented footballer Gabriel Jesus is a versatile forward. Apart from providing effective results as a centre-forward, Jesus is also excellent to play the massive supportive roles as a winger or as an attacking midfielder.

Here we are briefly mentioning Jesus’ strengths and weaknesses

Jesus is excellent to operate any side of the field as his pace, control and dribbling skills play important roles. So, there is no doubt about his effective counter-attacking football. Also, the Brazilian likes to cut inside which makes him more effective as a winger.

In recent times, Jesus struggled to maintain effective shots on target and successful crosses for Manchester City. He needs to improve in these key areas, which will make him more dangerous in the opposition defence.

Why is Jesus important for Arsenal?

Fabrizio Romano recently revealed that Gabriel Jesus’ move from Manchester City to Arsenal has been confirmed with the transfer fee of £45m. The Brazilian signed a five-year contract with the Gunners.

Arsenal need some good forwards in the team who can take regular responsibility for scoring goals. It is one of the key areas where the club is looking to improve in the new season, and Jesus can be the right option for them in this crucial project. Also, Jesus’ versatile ability in the attacking field will bring more options for the Gunners.

Previous articleEngland skipper Eoin Morgan is all set to retire from international cricket
Next articleMahindra Scorpio-N launched in India starting at Rs 11.99 lakh: Everything You Need to Know