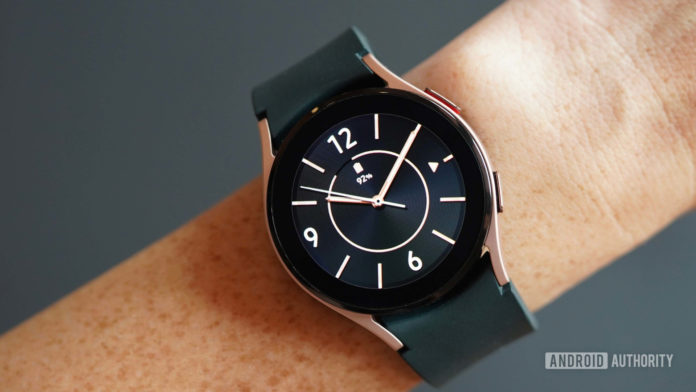 The Samsung Galaxy Watch 4 was an excellent product all around and a great deal. Now that we know what Samsung will charge for the Galaxy Watch 5, the first indicator points to a slight increase.

The base model Galaxy Watch 5 will cost approximately 300 Euros in the 40mm size and 350 Euros in the 44mm size, according to Quandt. The LTE devices will raise those prices by 50 euros each, to 350 and 400.

The Galaxy Watch 4 series was launched by Samsung, at least in Germany, for 269 Euros for the 40mm size and 299 Euros for the 44mm model. The Watch 4 has a price range of $249 to $299 for the 44mm edition in the United States, which roughly translates. It makes sense to anticipate a $30–$50 price hike for the new models.

As stated and seen in one of Samsung’s applications, there isn’t a Galaxy Watch 5 Classic in the pipeline. However, Samsung’s selection now includes the Galaxy Watch 5 Pro, which seems to be a pricey option.

According to Quandt, the price of the Samsung Galaxy Watch 5 Pro will be around 490 euros for the Bluetooth-only model and 540 euros for the LTE model.

In the US, Samsung may therefore charge substantially more than $400 for the Galaxy Watch 5 Pro, but the exact pricing has not yet been announced. As is always the case with foreign pricing violations, there is a high likelihood of conversion error.

Last but not least, this leak validates Samsung’s intended color choices. The 40mm will only be offered in pink gold, gray, and silver, while the 44mm is expected to switch pink gold for blue. The Titanium and Black Galaxy Watch 5 Pro will reportedly be available.