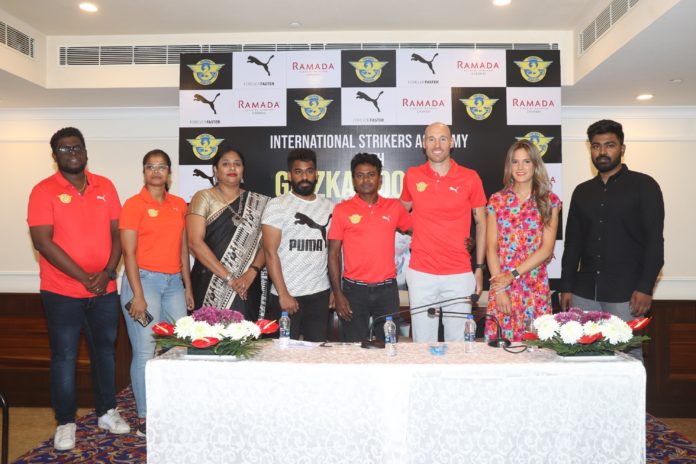 India, 23rd June 2022: Football plus is a professional soccer academy have been started back then in 2014 and is accredited by the All India Football Federation (AIFF), the institution has emphasized grassroots training and youth football development.

The main motive of the international striker’s academy is to produce strikers who would fill the lack of top-class finishers in Indian football. The idea birthed to improve the standard and quality and level of Indian Football by giving a Spanish touch. Players from the age group of 13 years can participate in the training program.

David Anand, Coach & Founder, Football Plus, said the focus and motive of the program is to create a pathway to get exposed to International Football and to improve the standard and quality and level of Indian Football. The phase-1 training session of the International Strikers Academy will happen in the month of August from the 15th – 21st 2022. Players can enrol their application from the 1st week of July 2022 through www.footballplus.in the official announcement will be posted on Facebook and Instagram.

For phase – 1, Gaizka Toquero – A legend and an all-time greatest striker of Atletic Bilbao, Spain will be training the players. We are expecting a minimum of 100 strikers from all over India taking part in the program.

The 2nd phase is expected to happen in the month of December. For each phase we will have legendary strikers from different countries to train our strikers. International striker’s academy would lay a foundation for the strikers to excel in their position.

The total cost for the program is Rs. 1 Lakh including taxes for one week. Throughout the one week, they will be staying in a 3-star hotel and the food, accommodation and local transfer for the players will be taken care by Football plus. The players will have everyday training, theory classes and fitness sessions for the one week.

Mr. Gaizka Toquero, said, I am very glad and interested to be a part of the training program in international striker’s academy and also develop the future strikers of India. To improve their tactical awareness and technical skills of the players and introduce them to Spanish way of soccer training.

One of the top sporting brands in India, PUMA will be our Merchandise partner for the program. They will be sponsoring training kits for the players, coaches, officials and the legend Mr. Gaizka Toquero.

Read: Top 10 most famous and iconic footballers who have played in the ISL

Previous articleTHOMSON launches 32-inch Alpha Series Smart TV launching on 22nd June
Next articlePlayStation Plus is here, how can you purchase it in India? All you need to Know

PUMA Launches Its Own Shopping App in India

Puma Supports the Children of Olympafrica