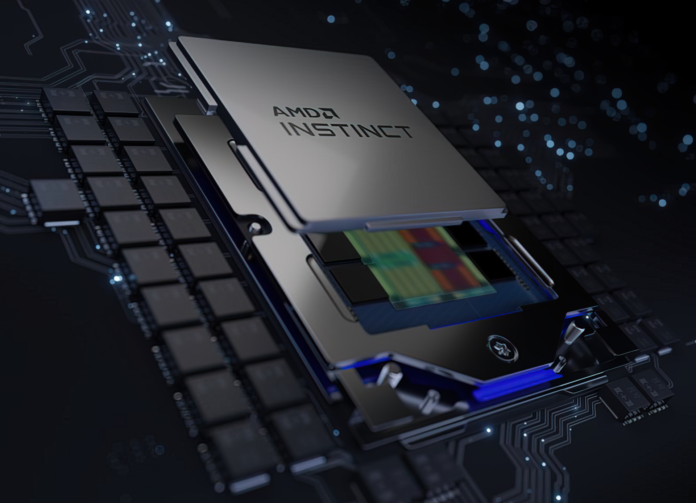 The next Instinct MI300 APUs from AMD, which include the cutting-edge CDNA 3 GPU and Zen 4 CPU cores, will power the El Capitan Supercomputer. At the 79th HPC User Forum at Oak Ridge National Laboratory, Terri Quinn, Deputy Associate Director of High-Performance Computing at Lawrence Livermore National Laboratory (LLNL), reportedly revealed that AMD’s next-generation Instinct MI300 APUs will be utilized in the the the El Capitan Supercomputer, which will be deployed in late 2023. (ORNL).

The El Capitan Supercomputer will utilize the Instinct MI300 APU accelerators on some nodes. These accelerators have a socketed design and can fit in AMD’s SP5 (LGA 6096) socket. The Sierra, which debuted in 2018 and employs IBM Power9 CPUs and Volta GPUs from NVIDIA, is said to perform 10 times worse than the new system. Under 40MW, the machine is expected to provide a mind-boggling two Exaflops of computation power in theoretical FP64 (double precision) applications.

“It’s the first time we’ve publicly stated this,” said Quinn, associate director for HPC at LLNL. “I cut these words out of [AMD’s] investors document and that’s what it says: it’s a 3D chiplet design with AMD CDNA3 GPUs, Zen 4 CPUs, cache memory, and HBM chiplets.”

“I can’t give you all the specs, but [El Capitan] is at least 10× greater than Sierra performance on average figures of merit,” said Quinn. “Theoretical peak is two double-precision exaflops, [and we’ll] keep it under 40 megawatts—same reason as Oak Ridge, the operating cost.” — via HPC Wire

Slingshot-11 interconnects, which HPE will design, will be used in El Capitan to connect each HPE Cray XE rack. The AMD Instinct MI300 will enable upcoming Exascale class APUs. The business said during the AMD Financial Day 2022 that the MI300 will be a multi-chip and multi-IP Instinct accelerator that not only includes the newest CDNA 3 GPU cores but is also equipped with the newest Zen 4 CPU cores.

The US Department of Energy, Lawrence Livermore National Laboratory, HPE, and AMD collaborated to create El Capitan, which will be the world’s fastest supercomputer when it debuts in early 2023

El Capitan is expected to have a processing capacity of more than 2 exaflops for double precision. El Capitan will employ more recent products that benefit from improvements made to the Frontier’s unique processing design.

Next-generation AMD EPYC processors, codenamed “Genoa”, will feature the “Zen 4” processor core to support next-generation memory and I/O sub-systems for AI and HPC workloads. Next-generation AMD Instinct GPUs based on new compute-optimized architecture for HPC and AI workloads will use next-generation high bandwidth memory for optimum deep learning performance. This design will excel at AI and machine-learning data analysis to create models that are faster, more accurate, and capable of quantifying the uncertainty of their predictions. — via AMD

AMD will employ the 5nm manufacturing node for its Instinct MI300 “CDNA 3” GPUs. The chip will have the newest Infinity Cache as well as the fourth generation of Infinity Architecture, which supports the CXL 3.0 ecosystem. The unified memory APU architecture and new Math Formats of the Instinct MI300 accelerator enable a 5x gain in performance per watt over CDNA 2.

AMD projects an increase in AI performance of over 8x over the Instinct MI250X accelerators based on CDNA 2. The CDNA 3 GPU’s UMAA functionality will connect the CPU and GPU to a single HBM memory package, preventing redundant memory copies and reducing TCO.