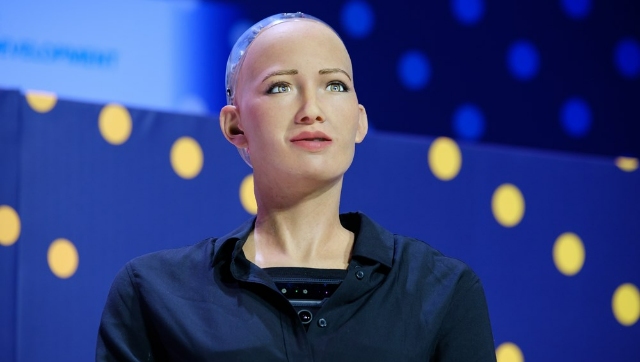 Science can sometimes go too far in its pursuit of progress. If you thought Arnold Schwarzenegger’s Terminator would never come or would take a thousand years, think again. A Japanese team of scientists has developed “real” human-like living skin for Robots that heals themselves.

For millennia, many individuals have wished to construct artificial humans, dating back to Greek mythology. However, we’ve never been closer to developing a humanoid robot than we are now. Because scientists are discovering new strategies to help robots fit in with people as they advance and perform larger and better feats.

The skin’s developers published a paper about their work in the journal Matter. They employed human skin cells to produce the skin, not only to make it look human. As a result, like human skin, it can repel water and even repair itself. This new “living” skin for robots has the potential to accelerate the development of humanoid robots even further.

This is one of their key goals since engineers and researchers place a great emphasis on humanoid robots appearing “genuine.” Because these robots will be utilized in the healthcare and service industries, they must appear genuine and human-like to avoid frightening people. Whatever the goal, this new skin is pretty unsettling.

Creating lifelike skin for Robots has never been easy

Not only must you design the material, but you must also guarantee that it matches the robot’s components. This has been difficult because of the difficulty of adapting the skin to a dynamic object, especially one with uneven surfaces. As a result, the team uniquely developed the skin.

According to Shoji Takeuchi, a professor at the University of Tokyo in Japan, the researchers developed a tissue molding procedure instead of removing the skin to fit the finger. The finger was then simply immersed in a cylinder containing collagen and human dermal fibroblast mix. The connective tissue of the skin is made up of two major components.

This design was successful in providing a living skin for the robots due to its natural shrinking proclivity. As the concoction dried, it shrunk and molded to the robotic finger. It has a genuine, if slightly sweaty, appearance as a result.

Takeuchi believes that live skin is the “ultimate solution” for giving robots the appearance and feel of living creatures. Researchers appear to be on the approach of developing real-life skin for robots. However, this does not change the fact that the result is unpleasant.