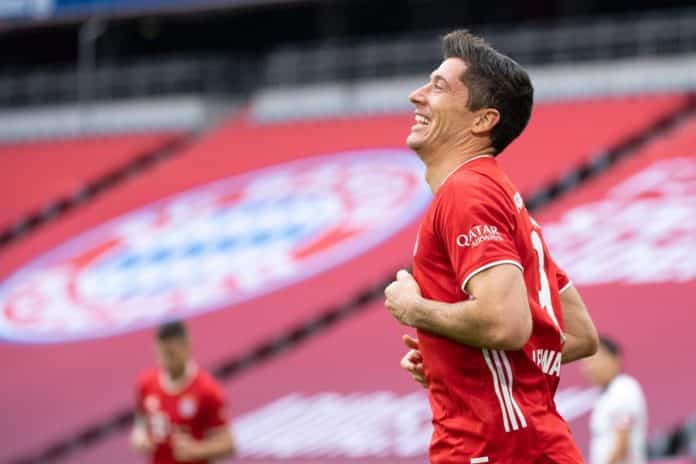 Robert Lewandowski’s situation is far from being sorted out at Bayern Munich. The player has announced that he considers his chapter at the club to be over, and wants to leave this summer.

However, the board does not see it the same way. They are not concerned by the fact that he has his heart set on a move to Barcelona. Instead, they are planning for the new season and want to see him as part of the squad considering he has a year left on his contract.

“As far as Lewandowski is concerned, not much has changed. He’s still under contract until 2023”.

“Here at Bayern we are now looking forward to the first day of training with Robert”, said Hasan Salihamidzic.

“New bid from Barcelona? I’m not thinking about that. I’m expecting to see Robert in training at Säbener Straße on July 12”.

Bayern have rejected Barcelona’s first offer for Robert Lewandowski, and are awaiting a €50 million bid from the Catalonian side soon. But, with the matter seemingly tense at Bayern, it could be a difficult summer for the club if they are forcing the Poland international to stay at the club beyond the transfer window.

Barcelona’s financial problems are well documented, but with several outgoings projected, they should be able to sign Lewandowski at the very least. Chelsea and PSG are also interested in the striker, but Barca is the preferred destination.

Previous articleBayern Munich officially reveal Sadio Mane as new signing until 2025
Next articleThe Next 365 Days: Everything We Know About the love-drama show