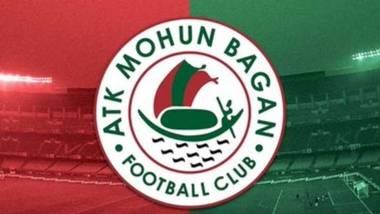 Asish Rai was one of the key players for Hyderabad FC to win the latest ISL trophy (2021/22). Meanwhile, Ashique Kuruniyan joined the Kolkata club from Bengaluru FC just like Prabir Das signed for the Bengaluru FC after leaving ATKMB. Both Rai and Kuruniyan are impressing with their recent performances on the field.

Pune FC Academy footballer Rai started his senior career in 2017 serving for the FC Pune City’s reserved team in the I-League 2nd division. Later, he spent on loan for the I-League club Indian Arrows for two seasons (2017/18 and 2018/19).

The right-back Rai experienced his first ISL season in 2019/20 for Hyderabad FC. In his three seasons for Hyderabad FC, the youngster appeared in 48 games, including 44 starters.

Kuruniyan is another talent from Pune FC Academy. The left-winger now impresses the Indian national football team as he has already served in 25 matches for the Men in Blues.

Kuruniyan experienced his ISL debut in the 2017/18 season, serving for FC Pune City, which was also his first senior club football experience. The Pune side finished that ISL season as the semi-finalists.

Earlier in late 2016, he was sent on loan to the Spanish club Villarreal C side but returned to the country with a hamstring injury after training in Spain for around four months.

After serving for FC Pune City for two seasons, Kuruniyan played for Bengaluru FC in the last three seasons. During his first ISL season for Bengaluru FC, the Blues ended as the semi-finalists.