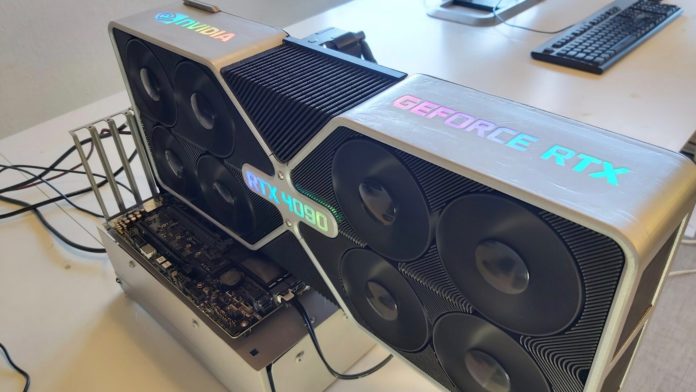 According to rumours, AD102 will be included in a future Nvidia GeForce RTX 4090 graphics card with 132 to 140 SMs (from a maximum of 144). TDPs for RTX 4090 GPUs are expected to be less than 600W, according to previous speculations. The underlying GPU, however, will be limited to 800W, according to Kopite7kimi.

The power restriction on the AD102 GPU, which implies large TDPs, is happily an exception in the Ada Lovelace series. Moving down to AD103, this second-tier GPU will most likely be seen in the Nvidia GeForce RTX 4080 and other cards in the near future. The power constraint has been dropped to 450W, according to the source. The BIOS limits the maximum power consumption of the current-generation GeForce RTX 3090 and RTX 3080 reference cards to 400W and 370W, respectively.

Because no Nvidia laptop partner wants to handle a GPU using more than 175W, this number binds the top RTX 40 mobile GPUs. We should expect the platform performance gap to increase even further in the future generation, given the enormous differential in power limits between desktop and laptop computers.

Despite the substantial power difference between Ada desktop and mobile, PC enthusiasts may be more interested in what AMD may achieve with RDNA 3, which is projected to have far more restrictive power limits. RDNA 3 graphics cards, like the Radeon RX 7000 series, are expected to have similar TDPs to their predecessors, according to a new leak.

Previous articleExclusive Interview: BGMI Pro-player Owais talks about his favourite team and others
Next articleNew God of War PC Mod brings The Last of Us’ Joel and Ellie to the Game