The qualification tournament will be conducted under the aegis of the Esports Federation of India (ESFI).

The NESC’22 will be conducted online with the top athletes from across the country competing and showcasing their skills and strategies.

The qualifiers will be played in a double-elimination format and shall be concluded by June 20. This year’s World Esports Championship shall be held in Bali from November 27to Dec 7 and will boast of a massive prize pool of USD 500,000 (~Rs 4 crore).

On the other hand, the single-player title Tekken7 will witness the participation of a total of 37 players, including top stars Hitesh Khorwal, winner of the last NESC2022 (for 13th WEC, Eilat) and Rohit Jain winner of NESC2022 (for WSL2021) and Abhinav Tejan, who is the veteran of Tekken India.

As Esports is getting popular across India, Wasfi Bilal, Shakir Khan and Arsalan Nabi Wani from Kashmir are also participating in the national qualifiers and Wasfi Bilal aka Yoshikiller719 is also amongst the top Tekken7 esports athletes of the country and will look to seal this year’s WEC berth.

“We will now proceed with the tournaments witnessing top esports athletes giving cutthroat challenges in different categories to make it successfully to the WEC. It will be a gruelling event as the players will have to showcase their best strategy, skills and presence of mind, upon with the pressure to make the cut to be part of the Indian contingent for WEC’22. It will be an action-packed and edge-of-the-seat thrilling tournament for sure.” said Lokesh Suji, Director of Esports Federation of India and Vice President of the Asian Esports Federation.

The DOTA team, comprising of veteran athletes like Moin Ejaz (captain), Krish, Abhishek, Ketan and Darshan, which qualified for the 2022 Asian Games, will be part of Team India for the 14th World Esports Championships.

With regards to PES2022, the recent update of PES/eFOOTBALL still does not have an option to hold an online championship; given the situation, ESFI is evaluating to organise a physical event that may be held in Delhi/Mumbai. The dates and venue for the qualifiers will be announced soon.

The Indian contingent, selected based on their performances in the NESC2022, will take part in the World Esports Championships Regional Qualifiers, for which dates will be announced soon by the IESF. The Regional Qualifiers will be organised along with other continental federations.

ESFI continued its partnership with Artsmith-Concepts & Visions which will extend its support as the communication partner. The National Esports Championships will be streamed live semifinal onwards on ESFI’s official YouTube channel as well as on the Facebook page. 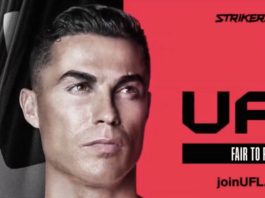 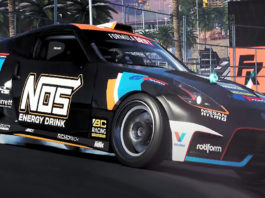 The Crew 2 Season 6 comes with Plenty of Most Awaited...