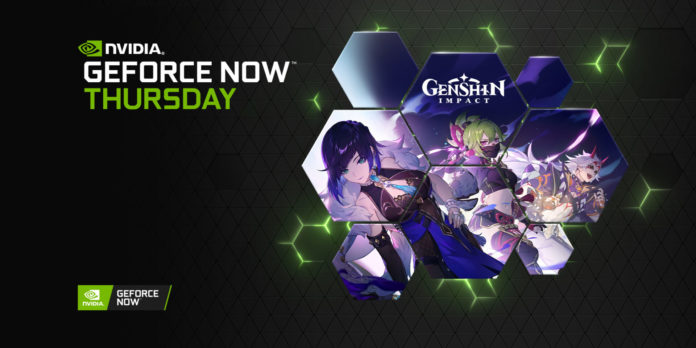 The GFN Thursday update introduced a lot of intriguing new features, making it one of those truly momentous days for GeForce NOW. For example, Hoyoverse’s gacha game Genshin Impact has joined the service after a successful beta period. Also available is a new update for the GFN app for PC and Mac, which includes a much-requested function.

The Legend of Heroes: Trails of Cold Steel II (Steam)

Genshin Impact is no longer in closed beta, which is the most exciting news. Visitors to Teyvat will now be able to stream using GeForce NOW. The game will be available in over 80 countries and regions when it launches on June 23. Yes, this means that the game will be playable on mobile devices, desktops, and even Mac computers.

Wenyi Jin, Vice President of Globalization at HoYoverse said the following in a press release: The Genshin Impact beta on GeForce NOW showed us the potential of making an immersive gaming experience within reach of many more gamers. We believe that GeForce NOW makes it possible for both existing fans to expand where and how they play, and for new players to start with more options.

GeForce NOW, which is available for both PC and Mac, was also updated. This update (2.0.41) adds a much-requested feature: in-stream clipboard copy-and-paste from PC and Mac programs while streaming, removing the need to enter a long, complex password for the digital store.

Members of GeForce NOW for mobile will be able to get even more out of their RTX 3080 memberships. GeForce NOW titles will be streamed at 120 frames per second to Android users. Look for this kind of assistance in the coming weeks. Keep in mind, though, that the experience may vary based on the phone you’re using right now.