Ranbir Kapoor and Alia Bhatt’s most awaited film Brahmastra Part 1: Shiva got an official trailer in the early morning of Wednesday. The new trailer is like holding the tone of the movie that many have been called the answer to India’s fantasy epics just like Lord of the Rings. The three minutes of the trailer is not a waste for anyone as it contains many visually-stunning moments with such outstanding VFX shots and as an indication of the film’s grand scale. The film mainly introduces us to the ‘Astroverse’ that set up a universe of superheroes who can safeguard the weapons that possess the power of elements, and among all of them, the Brahmastra is the senior one.

The trailer starts with the heavy voice of Amitabh Bachchan sir who is telling us how all the five elements have held the powers stored in ‘Astras’ means weapons since the ancient era and that starts from the tale of the God of all Astras- the Brahmastra. The trailer then reveals Ranbir Kapoor as Shiva who is a box the next door. He is totally unknown about the fact that he is somehow connected with the Brahmastra. He meets his love interest Isha and we have seen the romance between the two until we and Isha become aware of the secret of Shiva that fire cannot burn him.

Shiva starts to realize that ancient powers are at play in this world from two sides that face off in the battle to get their hands on the Brahmastra. The trailer shows glimpses of the good guys like Amitabh Bachchan and Nagarjuna. We will see the gorgeous Mouni Roy in the role of the villain in red attire. The character of Amitabh Bachchan tells Shiva the story of how he become connected to this world of Astras and after that Shiva gets the purpose of his life as the saviors had meant to be. At the end of the trailer, Amitabh Bachchan tells him that Shiva himself is ‘Agneyastra’.

Alia Bhatt also shared a video message along with her fans where she spoke about her excitement for the trailer launch. The film is in 3D and there is a big-screen spectacle so some of the impacts are just lost while we can watch the trailer on our devices. The director Ayan Mukerji also shared a sneak peek of the popular song ‘Kesariya’ in the trailer.

All the fans show a positive response to the trailer. Someone commented:” VFX are outstanding nicer saw this type of VFX in any Indian cinema.” On speaking of the trailer release the director Ayan Mukherji said, “making the beginning of a new cinematic universe, the Astraverse, I believe Brahmastra is the kind of film that the country would feel really proud of. It touches on our roots; celebrates our rich culture and takes us forward with our technology. The film is proudly Indian and Imaginative and bringing  together some of Pan-India’s most renowned names was a dream come true!”

Apart from Hindi, the movie also will release in four other languages like Tamil, Telugu, Kannada, and Malayalam. The filmmaker SS Rajamouli has taken the responsibility to represent the movie in all four languages, and Chiranjeevi has given his voice for the Telugu trailer.

Ranbir Kapoor and Alia Bhatt’s new Asreaverse film will hit on 9th September 2022 only on cinemas. We have to wait for two and a half months for the film. 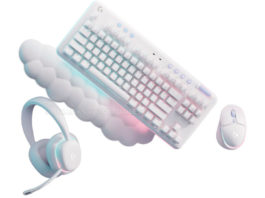 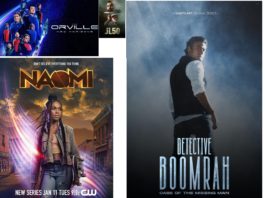 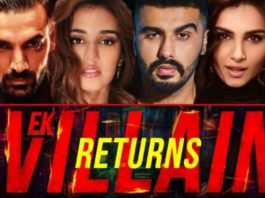