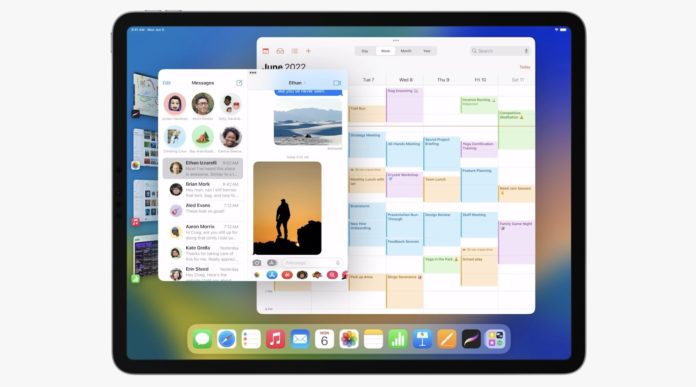 Apple’s new Stage Manager multitasking system for iPadOS 16 was announced at last week’s WWDC, but while the innovation has the potential to change the way some people use their tablets, not everyone is delighted.

The Stage Manager feature will only work on devices with M1 chips, thus only the most recent iPad Pro and iPad Air tablets will be able to use it.

This has created some anxiety in the last week, but Rene Ritchie has been assured that the issue is merely a matter of capabilities: Stage Manager “needs a lot of internal memory, lightning-fast storage, and a lot of flexibility in terms of external display I/O, all of which are provided by iPads with the M1 processor.” Rene Ritchie believes so.

According to Federighi, the M1 chips are the only ones with the high-speed data transfer capabilities required for Stage Manager to function as Apple desires: fluidly and instantly.

“IO on the M1 enables connections that our previous iPads don’t,” Federighi said, adding that “it can drive 4K, 5K, and 6K screens, and it can drive them at scaled resolutions,” something that “other iPads won’t be able to do.”

Apple’s iPadOS 16 is now in developers’ hands and will be published later this fall; next week, a public beta program will be introduced, giving more people the chance to test out Stage Manager, provided they have an M1 iPad Pro or iPad Air.