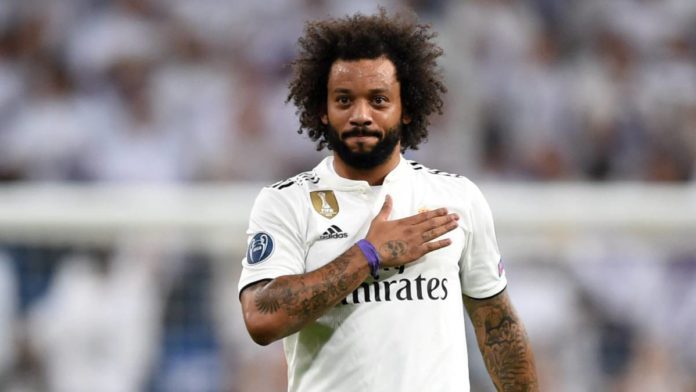 The 34-year-old Brazilian left-back Marcelo has left the Spanish La Liga giants Real Madrid as a legend. During his more than 15 years of continuous service for Los Blancos, the Brazilian helped the team move forward with many new histories.

Marcelo is known as one of the best left-backs in the world for a long time. He joined Real Madrid in January 2006 from the Brazilian club Fluminense. Gradually, he became one of the favourite footballers of the club.

The Brazilian defender made his debut for Los Blancos on 7th January 2007 when he came on the field as a substitute against the hosts Deportivo La Coruna in a La Liga game. His first match at Santiago Bernabeu, the home venue of the Whites, was on 17th February 2007 against Real Betis in the Spanish first division game, where he once again played as a substitute.

Marcelo’s first start for Real Madrid was on 14th April 2007, when Racing hosted them in a La Liga match.

On 18th September 2007, the Brazilian left-back experienced his first start at Santiago Bernabeu. It was a UEFA Champions League Group Stage game against Werder Bremen. Slowly, the top-class teamman evolved as a history creator for the Whites.

The top-class left-back managed to put his name in the UEFA Champions League Squad of the Season four times (2010/11, 2015/16, 2016/17 and 2017/18). He was a very dependable player for this Spanish club who could also serve responsibly as a winger during his best periods.

On 20th May 2022, Marcelo last time played for Real Madrid when they hosted Real Betis during their final La Liga match of the season (2021/22). He played that last 20 minutes of that game.

Marcelo has now left Los Blancos after finishing his last contract with the club. The legendary footballer is now a free agent who is still passionate about playing. So, we can still experience his magic but for another club.

Previous articleOfficial: Giorgio Chiellini signs with LAFC until 2023, after ending his 18-year Juventus stay
Next articleBilly Gilmour officially renews contract with Chelsea until 2024