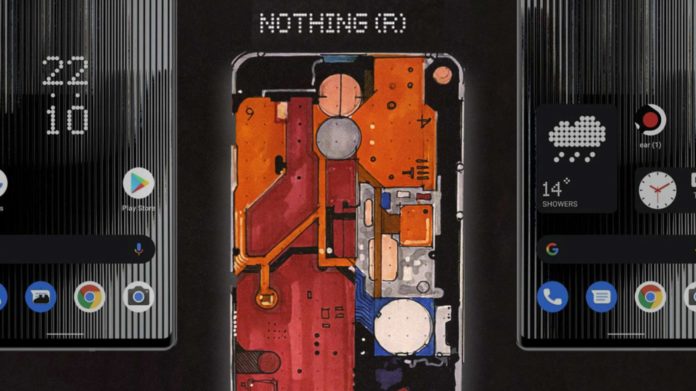 Nothing Phone (1) name was confirmed at an event a few months back, and now the organization is finally ready to show us the full product. The device comes with wireless charging support. Other information will be confirmed on the 12th of July.

They have confirmed that on July 12 its first-ever smartphone called the Nothing Phone 1 will be launched. Carl Pei, the founder, has been promoting the product for a while and even had an event just to officially confirm its name. The company also has a UI launcher that is basic elements right now.

And next month we’ll finally see the smartphone that the company has been talking about. This phone uses a Snapdragon chipset, and Pei has guaranteed a new design to break the continuity of the industry. Although the company has not shared any important information about the device so far, we anticipate it to start its marketing machinery in the days leading up to the launch and share some of the phone’s hardware specifications.

Nothing Phone 1 is likely to be a mid-range device and not a flagship adversary as many have been talking about. The leak says Nothing Phone 1 will have a 6.43-inch Full HD+ 90Hz AMOLED display with HDR10+ support. The company could be using the predictable Snapdragon 778G chipset to charge the smartphone, and give it 8GB RAM and 128GB storage, which could be extendable or not.

It will run on the NothingOS platform which will be based on the Android 12 operating system. The interface should give you the Nothing Launcher pack for improvisations.

Previous articleZebronics launches the ZEB-BT800RUF 50W tower speaker in India
Next articleFlashback 2 will hit This Winter on PC, PlayStation, Xbox, and also Switch