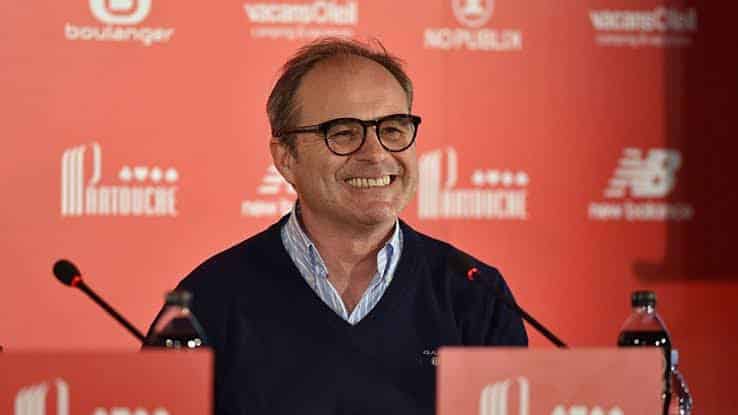 PSG have appointed Luis Campos as their new sporting director, after the dismissal of Leonardo. They have made the appointment of Campos official now, plunging the club into a new era.

“I am very happy to join Paris St-Germain. I consider them to be the most ambitious and exciting club in the world of football,” Luis Campos said.

“We share the same vision, a vision in which I firmly believe, and I am eager to start working to develop the exceptional potential of the club.”

Campos was the man responsible behind Monaco and Lille’s successful Ligue 1 campaigns. He assembled a remarkable squad at Monaco, boasting the likes of Kylian Mbappe, Bernardo Silva and Fabinho.

He left Lille in December 2020 after establishing a brilliant project which helped them overcome PSG in the domestic league. And now, he has joined the biggest club in France in what could be a dream move. The first step for him will be to replace Mauricio Pochettino, who is in his final days as the coach of the club.

Zinedine Zidane was recently rumoured to be in advanced talks with the club to become the new head coach. But, his representative has denied any such communication. Nice boss Christophe Galtier was also rumoured to be one of the names on the list. And now, it remains to be seen who will be the man to replace Pochettino this summer.

Previous articleAMD set to overtake Qualcomm to become one of the Top 3 Fabless Chip Designers in the World
Next articleFIFA 23: Everything we know about cross-play and other features coming to the game