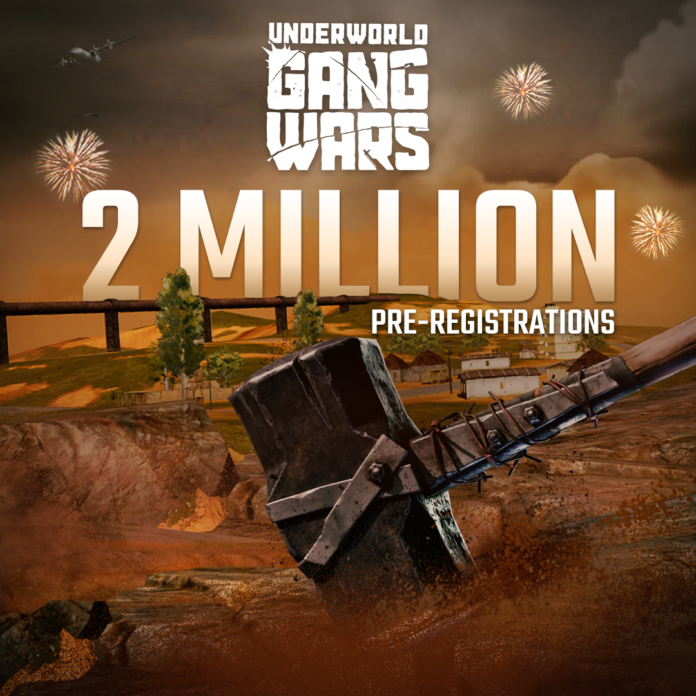 India, 9th June 2022: Underworld Gang Wars (UGW), the first AAA game from India, has recorded more than 2 million pre-registration in less than two weeks. The Battle Royale game has received a phenomenal response from the Indian gaming community with the game, including its cinematic trailer and backstory film, recording a whopping 70 million views across all platforms.

The game was revealed through India’s second-largest drone show at Mumbai’s Mahalaxmi Racecourse and the pre-registration for the game started on May 22. UGW has also generated excitement and support from the Indian gaming influencer community with popular game streamers like Dynamo, Mortal, sc0ut, Tanmay Bhat, Jonathan, and SOUL Regaltos taking part in the reveal and promotions.

Commenting on this milestone, Ojas Vipat, CEO of Mayhem Studios, said: “We are really excited to cross the 2 million pre-registration mark in less than two weeks. We are all set to offer a one-of-a-kind experience with the most relatable plot in a AAA game to millions of gamers. We really appreciate the love and support for UGW from across the country.”

Set in an Indian plot, UGW’s locations, icons, and lead characters of the gangs represent an Indian context in a AAA game for the first time. The theme, weapons, and the maps of the game have been designed to offer a unique experience to the gamers.

The first look, through a cinematic trailer, gave a sneak peek of the archrivalry between Tyagi, the rustic gangster wearing a humble shirt and Lungi and carrying a hammer, and Boris, the urbane and sophisticated gang leader carrying an assault gun.

The free-to-play Battle Royale game will offer a unique and unmissable Indian context in a AAA game for the first time by resembling real locations of India including iconic landmarks such as a fort, station, stadium, and coal mines.

Previous articleTop 10 active players with the most goals for club and country in 2022
Next article‘I Am Groot’: Disney+ announced the Official Release Date