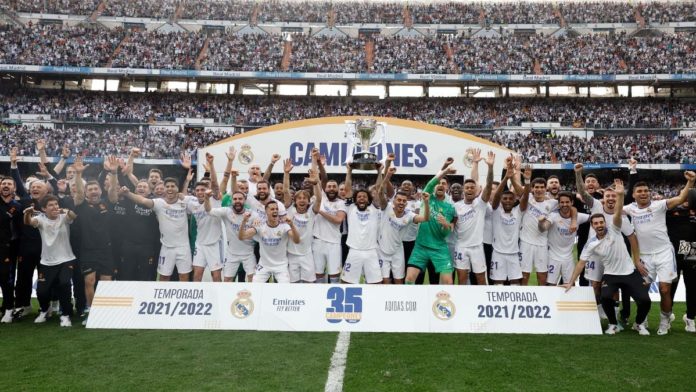 The La Liga regulations suggest that each team can sign up to five non-EU players in a season. However, a team is allowed to field a maximum of three players on the pitch.

The La Liga clubs can add more foreign or non-EU players if the players have EU ancestors or relatives, as these players can be eligible to serve as EU players.

Also, ACP (African, Caribbean and Pacific Group) nations footballers are not considered the non-EU players due to the Kolpak ruling for signing the Cotonou Agreement.

Real Madrid already have five non-EU players in the squad. Apart from the important names like Eder Militao, Vinicius Junior, and Rodrygo, two currently loaned youngsters Takefusa Kubo and Reinier are too non-EU players whose present loan tenure will be completed by the end of this month.

So, in the present transfer window, the Whites will mostly have to focus on the EU players to avoid any critical situations.

Los Blancos are currently battling in the summer transfer window as they have some major targets to add top young forwards to the squad ahead of the new season.