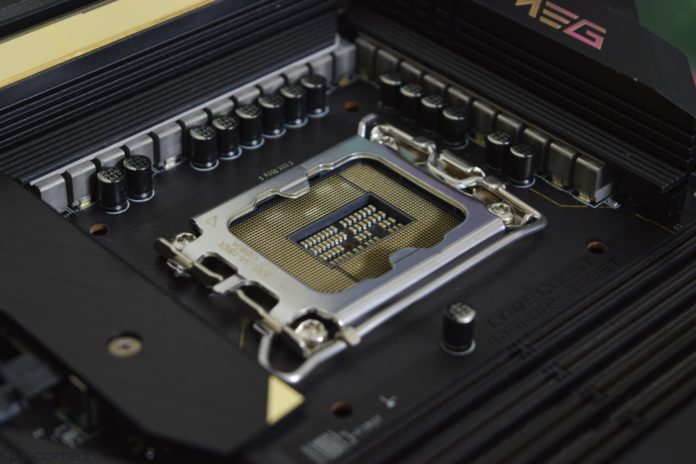 Intel will release its 13th Generation Raptor Lake CPUs in the coming months, but the rumor mill is already buzzing about the 14th Generation Meteor Lake and 15th Generation Arrow Lake CPUs, which will be available on a whole new desktop CPU platform based on the LGA 2551 socket.

The most recent information comes from Moore’s Law is Dead, which states that Intel will release 14th Gen Meteor Lake CPUs in 2023 and 15th Gen Arrow Lake CPUs in 2024. Intel has now confirmed both of these lineups, including the generations beyond those codenamed Lunar Lake and Nova Lake. The most important element in the recent video is that both families will use a completely new socket known as LGA 2551.

The Intel LGA 2551 socket will replace the current LGA 1700/1800 socket, which supports both 12th and 13th generation Alder Lake CPUs. Intel is recognized for upgrading to newer sockets every two generations. The LGA 1200 socket also supported CPUs from the 10th and 11th generations. While the socket remains the same, each CPU introduces a slew of I/O advancements provided by newer CPUs. AMD and Intel adopt the same principle since we see multiple chipset revisions and updates on the same socket.

According to the specifications, the Intel LGA 2551 socket for Meteor Lake and Arrow Lake CPUs will measure 38mm x 46mm and will be only slightly larger than the existing LGA 1700 / 1800 socket, implying that the 2551 pins will be packed in tightly compared to current designs to save space on mainstream platforms. The Intel LGA 2551 socket will have 751 more pins than Intel’s current mainstream socket and 833 more pins than AMD’s AM5 socket, making it the largest for mainstream desktop PCs (LGA 1718). Let’s take a brief look at both the Meteor Lake and Arrow Lake CPU families now that the socket is out of the way.

The 14th Generation Meteor Lake CPUs will be game-changers in that they will use a new tiled architecture method. The new CPUs, based on the ‘Intel 4’ process node, will offer a 20% gain in performance per watt via EUV technology and are expected to tape out by 2H 2022. The first Meteor Lake CPUs are slated to ship in 1H 2023, with availability later that year. The desktop components are expected to hit the market in the second half of 2023 and will compete with AMD’s Zen 5 CPUs when they do.

According to Intel, the 14th Generation Meteor Lake CPUs will feature a fresh new tiled architecture, implying that the corporation has decided to go full chiplet. The Meteor Lake CPUs have four major titles. The IO Tile, SOC Tile, GFX Tile, and Compute Tile are all available. The Compute Tile is made up of the CPU Tile and the GFX Tile. The CPU Tile will feature a revolutionary hybrid core design comprised of Redwood Cove P-Cores and Crestmont E-Cores to give a faster performance at lower power, while the graphics tile will be unlike anything we’ve seen before. The CPUs will range in power from 5 to 125W, ranging from ultra-low TDP mobile to high-end desktop PCs.

According to Raja Koduri, the Meteor Lake CPUs would use a tiled Arc graphics powered GPU, creating a whole new type of graphics on a chip. It is neither an iGPU nor a dGPU and is now known as a GPU (Tiled GPU / Next-Gen Graphics Engine). Meteor Lake CPUs will use the brand new Xe-HPG graphics architecture, which will allow for greater performance while maintaining the same degree of power efficiency as current integrated GPUs. This will also enable improved support for DirectX 12 Ultimate and XSS, which are currently only supported by the Alchemist lineup.

Arrow Lake is the sequel to Meteor Lake, and the 15th Generation lineup includes many modifications. While Meteor Lake will be socket compatible, the Redwood Cove and Crestmont cores will be upgraded to the brand new Lion Cove and Skymont cores. The increased core counts, which are estimated to be 40/48 on the new SKUs (8 P-Cores + 32 E-Cores), are likely to provide a significant benefit.

Arrow Lake is the sequel to Meteor Lake, and the 15th Generation lineup includes many modifications. While Meteor Lake will be socket compatible, the Redwood Cove and Crestmont cores will be upgraded to the brand new Lion Cove and Skymont cores. The increased core counts, which are estimated to be 40/48 on the new SKUs (8 P-Cores + 32 E-Cores), are likely to provide a significant benefit.

The desktop ‘K’ series mainstream parts were confirmed in a previous leak. According to reports, the performance is on par with AMD and Apple processors, implying a double-digit improvement. There’s no information on the GFX Tile yet, but it should have an upgraded architecture or more Xe cores. The I/O tile will be combined with Neural Engines (VPU), which will use low-power Atom processors and will be similar to those found on Meteor Lake.

Surprisingly, Intel’s ‘Intel 4’ node would be skipped in favor of 20A for the Arrow Lake CPUs. One thing that both Meteor Lake and Arrow Lake chips will have in common is that they will keep their N3 (TSMC) manufacturing node for additional core IPs, most likely the Arc GPU cores. The Intel 20A node, which uses next-generation RibbonFET and PowerVia technology, improves performance per watt by 15% and is expected to have the first IP test wafers running in fabs by the second part of 2022.

Intel is set to reveal fresh data on its 14th Generation Meteor Lake and 15th Generation Arrow Lake CPUs at HotChip34 in August, so we will receive a little more information on the next-generation chip range from team Blue.