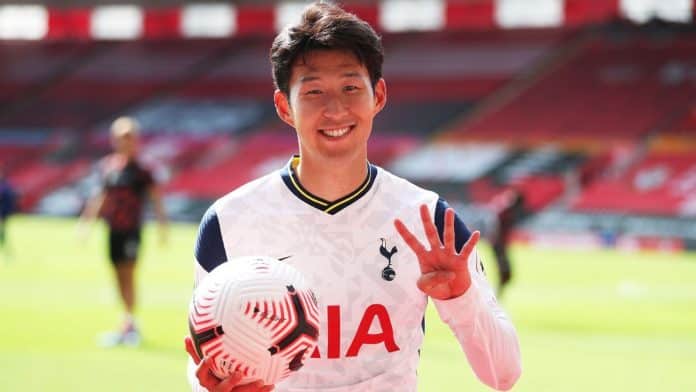 Tottenham Hotspur winger Son Heung-min has been given the Cheongnyong Medal, the highest sporting honour of South Korea. The award was given to him on Thursday, prior to the friendly game against Brazil.

The Spurs number 7 won the Premier League Golden Boot this past season, scoring 23 goals. And unlike Mohamed Salah, who also shared the award, the South Korean scored all of his goals from open play. As a result, it is a ridiculous achievement for the player as he helped his team return to Champions League football with a top four finish.

The 29-year-old is the first Asian player to ever win the Premier League Golden Boot. And he did so without scoring a single penalty goal. However, he was still snubbed from the PFA Player of the Year nominees, with his teammate, Harry Kane getting the nod instead.

He has been Tottenham’s best player throughout the season, and has earned the right to be called one of the best Asian footballers of all-time.

As a result, it is safe to say that he will go down as the greatest player to ever represent his country.