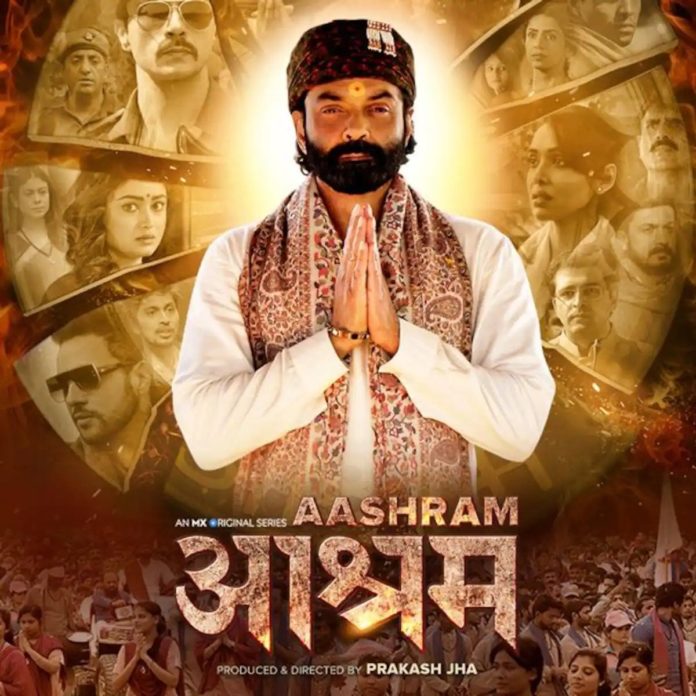 In Aashram Season 3, Bobby Deol is all set to reprise his role as “Bhagwan” Baba Nirala. The series is directed by Prakash Jha and was released on MX Player. It is produced by Prakash Jha under Prakash Jha Productions. The story of the series was written by Madhvi Bhatt, Avinash Kumar, Sanjay Masoomm, Tejpal Singh Rawat, and Kuldeep Ruhil.

Aashram Season 3: Bobby Deol is all set to reprise his role as “Bhagwan” Baba Nirala

The makers of Aashram Season 3 have shared a behind-the-scenes video of the show before its release. In that video, Bobby Deol has spoken about the character arc of “Bhagwan” Baba Nirala, the audience’s reactions towards his character, and his experience playing the self-proclaimed godman.

In the video, the Aashram Season 3 starred Bobby Deol has said that “I really enjoyed playing my character this time, even more than last time, because you see him losing his control, his grip over what he is, and showing the real side of himself, of what he really wants.”

Bobby Deol has also shared why he found the role of Baba Niaraka so interesting. He has said, “In this season, you will see him becoming a megalomaniac. He starts believing he’s the first and last word for everything. He has lost his mind, and his hunger for power has reached another level. I think that makes him even more interesting.”

Sneak Peak about the series

The official Synopsis of the series Aashram Season 3 reads, “Ek Badnaam Aashram revolves around the megalomaniac baba, who continues to bend every rule to suit himself and has become a power-hungry adversary. He believes to be above all and thinks he’s God. The power of Aashram is at its peak. This ‘badnaam’ Aashram continues to exploit women, indulge in the drug trade, and control the politics of the town. On the other hand, Pammi is having sleepless nights to seek revenge from Bhagwaan Nirala. Will Ujagar Singh be able to help Pammi seek justice and expose the ‘badnaam’ Aashram?”

Read- A Tribute to KK: Some unknown Facts and Achievements of KK

Previous articleHere’s the New Features trailer of the upcoming F1 22
Next articleOfficial: Antonio Rudiger signs for Real Madrid until 2026