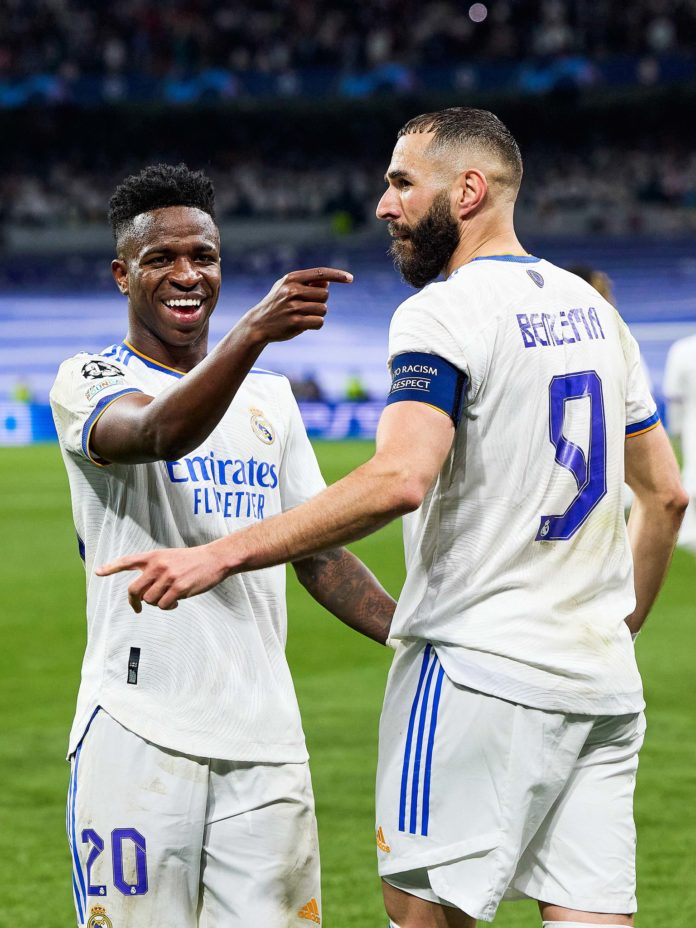 UEFA have revealed their Champions League team of the season for the 21/22 edition of the tournament. The line-up is dominated by players from Real Madrid and Liverpool, with the two teams making it to the finals. However, players from other teams have also been able to make it to the eleven.

Here is the full line-up of players in UEFA’s team of the season.

The Belgian made nine saves in the final, and had an unbelievable performance throughout the tournament. As a result, the man of the match in the final takes the spot between the sticks.

Despite missing out on the trophy, Alexander-Arnold makes a strong case to be one of the best offensive full-backs in Europe. As a result, he takes the spot on the right side of defense.

Antonio Rudiger has been able to become one of the best centre-backs in Europe after being an outcast at Chelsea under Frank Lampard. And now, he is set to join the 14-time winners on a free deal.

Virgil Van Dijk was visibly upset after the final, but that doesn’t take away the incredible showing he has put in en route to the last game.

De Bruyne missed a brief spell due to injury, but was named the Premier League player of the season owing to his exploits after his return. And in recognition of his brilliance in Europe, he makes it to the best eleven as well.

The Liverpool holding midfielder was very important in difficult situations, and has been given the nod in the line-up ahead of some of the best midfielders in Europe as a result.

Modric is 36 years old, but shows no signs of slowing down. He is still operating on unreal physical levels, and provided that assist to take Madrid to the semifinals against Chelsea. The Ballon d’Or is right up there with the best of all-time.

Mbappe put in a very impressive display this season in the Champions League, scoring 6 goals and providing four assists. But, PSG bowed out to Real Madrid in the round of 16 after a sensational hat-trick from Karim Benzema.

Benzema has been named the Champions League player of the season, and also finished as the top scorer with 15 goals. His brilliance propelled Los Blancos to the finals, where his strike partner ended an equally remarkable season.

The player that won Real Madrid their 14th Champions League title – Vinicius Jr was named the Champions League young player of the year. He scored four goals and provided six assists en route to earning the trophy for his team.

Previous articleItaly vs Argentina: Lineup and how to watch the Finalissima match LIVE in India?
Next articleFoxconn expects more stable supply chains in H2