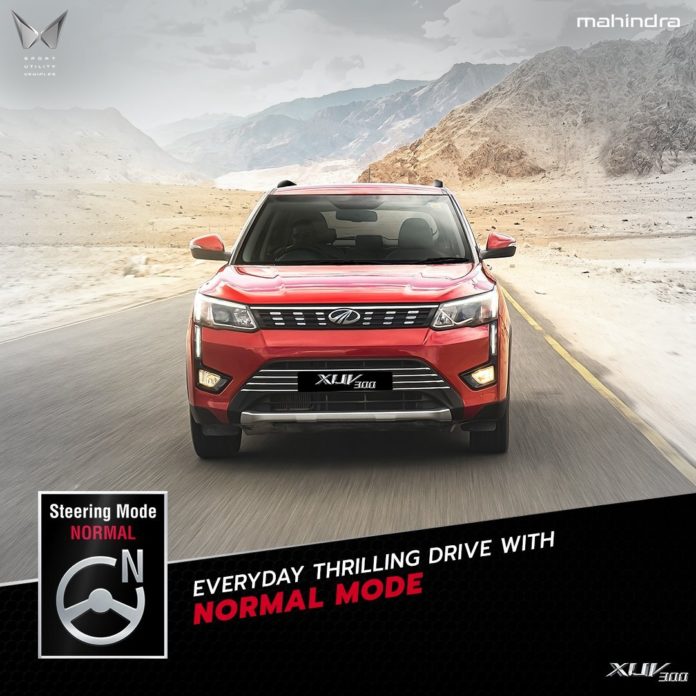 Mahindra and Mahindra are looking to launch a fully electric version of its XUV 300 SUV in the market in the first quarter of 2024 as per PTI. The company stated that it will unveil its electric vehicle business strategy, ‘Born Electric Vision’ of EV concept in August of 2022 as per the auto major. In order to explore the use of the latter’s MEB or Modular Electric Drive Matrix, components that can fully be used in electric cars, the firm has partnered with Volkswagen.

As per PTI, MEB electric platforms are most helpful to automakers in order to enable them to swiftly and cost-effectively expand their electrified vehicle portfolio. Director of Mahindra and Mahindra Rajesh Jejurikar made the following statement at a media conference on Monday, “We will be launching the electric version of XUV 300, which we hope to have in the first quarter of the next calendar year.”

Although the car has been termed as the electric version of the SUV 300, he clarifies that it is a 4.2-meter-long car and not a sub-4 meter vehicle. The ‘Born Electric Vision’ will be unveiled in the UK on August 15th as per the Executive Director.

He also added that if the company were to increase its capacity and the semiconductor supplies went back to normal levels globally, the waiting time will come down. On Saturday, Mahindra & Mahindra recorded a five-fold increase in standalone profits for the quarter ended March 31, 2022, at 1,192 crore INR.