Home Smartphone IQOO iQOO Neo 6 launched in India with the Snapdragon 870 SoC and... 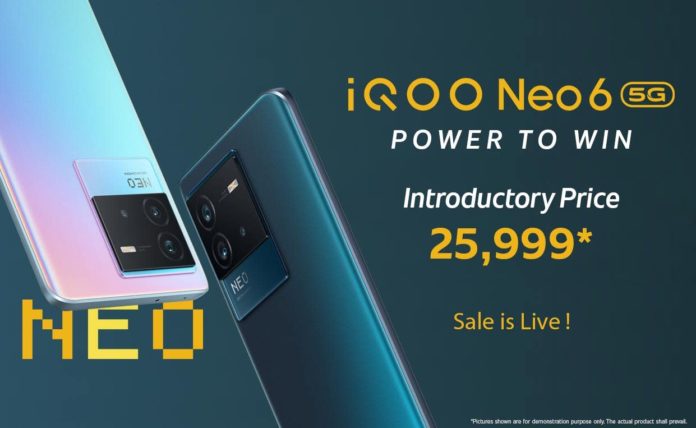 iQOO announced its latest smartphone in India, the iQOO Neo 6. This is the company’s first Neo-Series device that has arrived in the country. The smartphone arrives with key features such as a display with a high refresh rate, powered by the Snapdragon 8-Series chip, fast charging support, and a nominal price point. The version of the Neo 6 that has launched in India is different from the one that debuted in China earlier last month. Let us take a look at the detailed specifications of this phone.

The iQOO Neo 6 arrives with a flat display, a centrally placed punch-hole camera on the front, and an integrated fingerprint sensor. On the rear, the phone has a unique matte finish, something that not many phones feature. It stands out from the conventional color variants that most brands tend to stick to and in terms of optics, the phone has a triple camera setup, an LED flash, and the NEO branding. You get dual stereo speakers but it does not have a 3.5mm audio jack.

The phone is powered by the Snapdragon 870 SoC paired with up to 12GB LPDDR4X RAM and 256GB UFS 3.1 storage. The device has up to 4GB of virtual RAM. It is juiced by a 4,700mAh battery with 80W fast charging support and it has a liquid-cooling unit for effective heat dissipation. There is a vapor chamber soaking plate along with 5-layer laminated graphite.

It runs on FunTouch OS 12 based on Android 12 OS apart from this, it has a dual SIM slot, 5G support, WiFi 802.11ac, Bluetooth v5.1 support, GPS, and a USB Type C port. In the optics department, it has a 16MP selfie shooter on the front and a 64MP primary sensor with OIS, an 8MP ultrawide sensor, and a 2MP macro snapper. It has the portrait mode, night scene mode, time-lapse, dual-view video, up to 1080p slow-motion video shooting, and up to 4K video recording.

The iQOO Neo 6 has been priced at 29,999 INR for the 8GB+128GB variant while the higher-end 12GB+256GB version retails for 33,999 INR. It arrives in Dark Nova and Cyber Rage colorways. The phones will go on sale via iQOO India’s official site from the 2nd of June onwards. 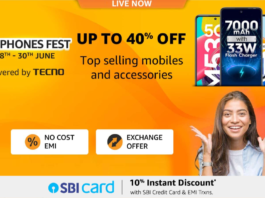