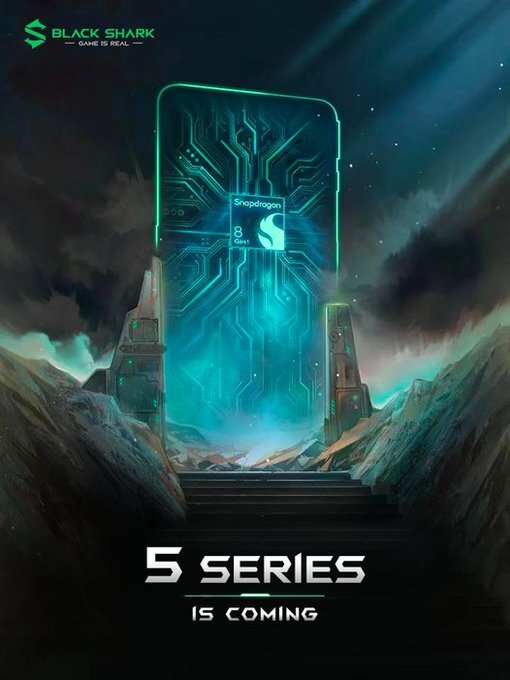 One of Xiaomi’s popular sub-brands, Black Shark involves itself in making the most powerful smartphones with unique designs that make them stand out and are exclusively targeted toward the mobile-gaming community, the brand most recently released the Black Shark 5 Series in China nearly two months ago, now this Series is finally making its way to the global markets and will launch in Malaysia first.

The new devices are set to be launched on the 8th of June at 7 PM Malaysia Time or 4:30 PM IST. The brand will announce the pricing and the dates for pre-ordering the devices on the day of the launch itself. The unveiling of the phones will be live-streamed via the official Black Shark Malaysia’s official social media channels on Facebook and TikTok.

Coming to the phones themselves, the global variants will carry the same set of specifications that the Black Shark 5 and 5 Pro were launched in China on the 30th of March.

The Black Shark 5 and 5 Pro arrive with a 6.67″ FHD+ AMOLED display with a resolution of 2400 x 1080 pixels with variable refresh rates of up to 144Hz, the display is Samsung’s E4 AMOLED panel with 1300 nits of peak brightness, DC dimming, HDR10+ support, and 100 percent coverage of the P3 color gamut. In addition to this, the phones also arrive with a 720Hz touch sampling rate and a dual-zone pressure-sensitive screen that improves the gaming experience for the user.

In terms of performance, the 5 Pro is powered by the Snapdragon 8 Gen1 chipset and it has been paired with 16GB LPDDR5 RAM with 512GB UFS 3.1+SSD storage. This combination of UFS and SSD storage is something that Xiaomi has dubbed Disk Array 2.0 technology, owing to this, the read and write speeds for the 5 Pro have gone up by 55% and 69% respectively.

The vanilla version of the Black Shark 5 is powered by the Snapdragon 870 chipset paired with 12GB LPDDR5 RAM and 256GB UFS 3.1 storage. Both devices flaunt a 4,650mAh battery with support for 120W fast charging support. The company claims that the device will go from 0 to 100 within just 15 minutes. Both phones run on Android 12-based Black Shark JoyUI 13.

Stay tuned for more updates on the launch of the Black Shark 5 Series in other markets!