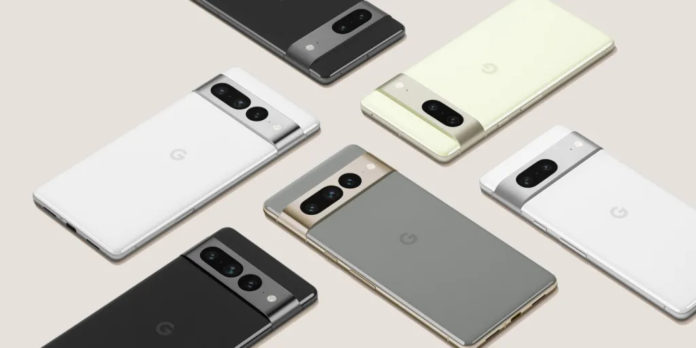 Google has teased the upcoming Pixel 7 Series at its annual I/O developer conference that it held earlier this month. At this event, the tech giant teased the devices and gave us a glimpse of what to expect from these phones. From the initial images, we know that the upcoming flagship lineup will retain the iconic visor design.

Google Pixel 7 Series will be smaller than the Pixel 6:

This information surfaces from the Android Open Source Project and 9to5Google discovered that Google has created two new display drivers, one tagged C10 and the other P10. The Pixel 7’s vanilla version has been codenamed Cheetah which explains the C, the Pro version on the other hand has the P in its code. Samsung has made the display panels with the model numbers S6E3FC3 and S6E3HC3 respectively.

Google is also working in order to ensure support for S6E3HC4 which is likely to be a newer generation version of the 6 Pro’s panel that could end up being featured in the Pixel 7 Pro. Considering that the resolution and the refresh rate are the same, the only major improvements will be seen in terms of quality, brightness, power consumption, and a combination of these.

The upcoming flagship lineup will be smaller in comparison to its predecessors, the display panel has been sized accordingly, it is 1mm narrower and 2mm shorter. On the contrary, the 7 Pro’s size is similar to the 6 Pro.

Another interesting fact is that the newest flagship display will arrive with a 1080p native mode that is likely to improve battery saving in Low Power mode. With similar design and display specifications, both the devices are likely to be iterative upgrades in comparison to their predecessors and not totally new devices. However, we are still a long way from the official launch, so anything can happen.