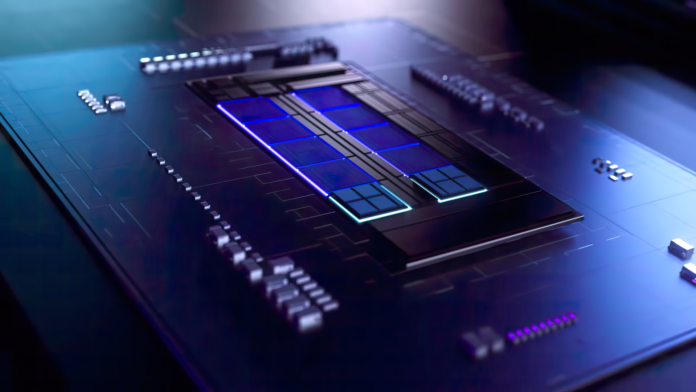 At Bilibili, trusted leaker Enthusiast Citizen has revealed a series of rumours about the Intel HEDT Sapphire Rapids & Mainstream Raptor Lake-S CPUs. The rumours detail the launch dates and platforms for the next-generation CPU lineups. The Intel HEDT family will include brand new Sapphire Rapids chips with the Xeon W-3400 and Xeon W-2400 series SKUs, while the mainstream family will have 13th Gen Raptor Lake-S CPUs.

The Intel HEDT lineup will be based on the W790 platform, codenamed ‘Fishhawk Falls,’ and will include chips ranging from entry-level HEDT to high-end HEDT. The 13th Gen Raptor Lake Desktop CPUs, on the other hand, will be compatible with both the new 700-series board platform and existing 600-series motherboards.

Intel has pushed out the release of its Sapphire Rapids HEDT family to Q4, with a strong likelihood of an October debut

On the new W790-powered platform, both CPU segments will be supported. On the ‘Intel 7’ manufacturing node, the 13th Gen Intel Raptor Lake-S Desktop CPUs will keep a hybrid design. The P-Cores will be upgraded to the new Raptor Cove architecture, while the E-Cores will receive minor cache upgrades and the overall core count will be increased. A 24 core and 32 thread portion (8 P-Cores + 16 E-Cores) has been leaked as the maximum core count. According to rumours, TDPs will be roughly the same as current parts, and clock speeds will go up to 5.8 GHz. The cache will receive a significant boost once more.

By Q1 2023, the mainstream H770 and B760 chipsets will be available, however, the H710 will be discontinued in favour of the H610 for low-tier PC segments. DDR4 support is also rumoured for the forthcoming 700-series motherboards, as well as PCIe Gen 5.0 M.2 ports, which will compete with AMD’s AM5 platform, which has Gen 5 for M.2 and GPU.

Previous articleReport: Are you seeing Smartphone Ads based on you private Call Conversations?
Next articleTSMC is having it rough beating Intel in Building a Large U.S. Chip Plant