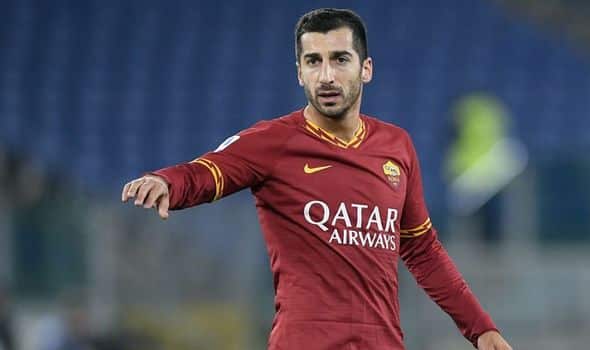 Roma midfielder Henrikh Mkhitaryan has seemingly agreed a two-year deal with Inter Milan for a transfer at the end of the season. The player is out of a contract with Roma in one month, and according to reports in Italy, has agreed personal terms with the former Serie A champions.

The Armenian had to be substituted only seventeen minutes into the Europa Conference League final, due to a thigh injury. But, his side ended up winning the first-ever edition of the tournament courtesy of a goal from Nicolo Zaniolo.

The winger will complete his medical for the move once he has recovered from the thigh injury he sustained in the final. Inter will be offering him a salary worth €3.5 million per season in his contract.

Roma have tried to extend Henrikh Mkhitaryan’s contract, but he has seemingly rejected their advances in favour of a move to San Siro. Since joining Roma, Mkhitaryan has made 119 appearances and has scored 29 goals for the team.

He started off his career in Armenia before moving to Shakhtar Donetsk, and winning the domestic double for several seasons. Thereafter, he spent a brief spell at Borussia Dortmund before moving to Manchester United. Mkhitaryan was used as part of the swap deal involving himself and Alexis Sanchez with Arsenal, where his career took a nosedive.

But, with his move to Serie A, he has been able to regain his form and has now become a solid option in the heart of the park.

Previous articleReasons Why Crypto Gaming Outside the UK Is Growing
Next articleIndus: All the Latest Updates About Gun Creation and Gameplay Teaser in the Battle Royale game