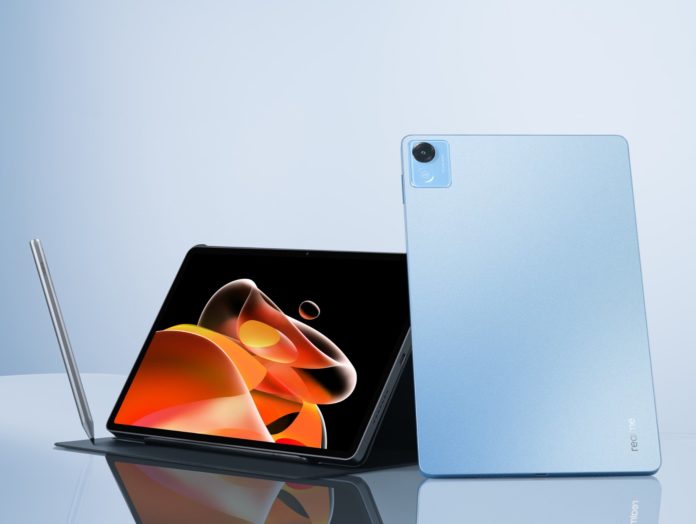 Realme Pad X 5G is the company’s third Android tablet under the Realme Pad section. The company already has the Realme Pad and the Realme Pad Mini under its tablet lineup for those who are not aware. This tab is expected to compete with the Xiaomi Pad 5 Pro, Samsung Galaxy Tab S8, Oppo Pad, and the Vivo Pad in the current market.

Realme Pad X 5G features an 11-inch LCD display that supports a 60Hz refresh rate, 2K resolution (2000×1200 px), and a hardware-level anti-blue light feature. It also has a 480nits maximum brightness level, which is spectacularly bright for a tab.

The tab is powered by an octa-core Qualcomm Snapdragon 695 processor and an integrated Adreno 650 GPU. This is the same processor that charges numerous other premium tablets such as Xiaomi Pad 5 Pro, Oppo Pad, and Vivo Pad.

The tab features a 13MP rear camera and an 8MP front selfie camera. It is armed with an 8,340mAh battery unit and 33W fast charging support. This will make Pad X the fastest charging tablet from the brand.

Realme Pad X 5G comes with a close-speaker setup with Dolby Atmos audio. It has a pre-installed Realme UI 3.0 for tab based on Android 12. It will be 7.1mm thick and will weigh 499 grams.