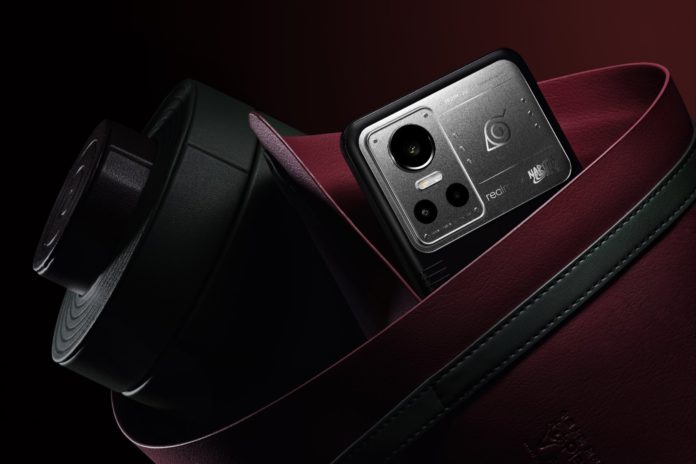 Looking at this teaser, we can see that the smartphone features a primarily black color tone. Although, its large camera island module has a metallic grayish hue that houses the iconic symbol of “Konoha” village next to the image sensors along with the Realme x Naruto branding below it. Unfortunately, this is all that is observable in the teaser, but we can expect the brand to offer some additional unique accessories with this phone.

The packaging retail box would likely feature a Naruto-themed design as well, while the smartphone might have an exclusive Naruto theme as well. We can also expect certain stickers and more on the inside of the box.