As the world looks forward to Qatar’s 2022 world cup in a few months, some teams have booked their spaces while others didn’t make it. It has been a tough bridge to cross, and at the FIFA world cup qualifiers finals, 29 out of 32 teams will be part of the world cup.

Shockingly, some big teams didn’t go past the world cup qualifiers stage, leaving their fans stranded. It is not the first time the big teams have missed the world cup; in 2018, Italy didn’t make it to the world cup, and the USA soccer team missed it. In 2002 Dutch nationals and fans got shocked when their team didn’t ‌play in the World Cup, but it couldn’t be compared with how England became hysterical after they failed to qualify in 1994.

Most of the leading football nations of the world made it while some more or less surprisingly didn’t make the cut. Many fans have been left wondering how this world cup will occur without their favorite teams playing.

Here are the teams absent during the World cup 2022 that will kick off in November in Qatar.

Despite a heroic performance in a victory over Poland, Hungary had to bid goodbye to world cup qualifiers. The game ended at 2-1. The goals from Dániel Gazdag and András Schäfer could not save Hungary from failing to qualify. It’s safe to assume that while their national team didn’t perform at its best, many bettors from Hungary found success betting on their team that day. Hungary does have access to some of the best betting sites as can be seen on onlinesportfogadás.com.

They satisfied the team coach Rossi with the performance but later criticized his team for not fighting for the play-off at the 2022 world cup qualifiers. Hungary made an impressive victory which could not be neglected since it was the first international team to conquer the National Stadium in Warsaw in 7 years.

Italy is becoming a notorious absentee after missing two consecutive world cups, including failing to qualify for the last world cup held in Russia.

This November, North Macedonia made sure that Italy would cancel booking flights to the Persian Gulf by crushing them in the away playoff stage. Trajkovski’s decisive goal changed everything by giving Italy a knockout blow in their playoff semi-final.

The intense excitement of winning the Euro 2022 cup was washed away within 92 minutes. Although Italy takes the 6th position in FIFA world men’s ranking, it’s the only top 10 teams that didn’t make it to the world cup 2022.

Sweden lost against Poland in the playoff, making it another team that didn’t qualify for the world cup and shunning the hopes of the second successive appearance in the world cup. In the world of 2018, Russia, and Sweden, had a remarkable journey where they finished in the quarter-finals. If Sweden could have qualified, it would have been the last world cup for 40 years Zlatan Ibrahimovic of AC Milan.

Robert Lewandowski and his teammate Piotr Zieliński gave Poland a 2-0 win against Sweden during the second match. Glik told Polish TV that he had never played such a hard game despite Poland qualifying for the world cup.

Nigeria is one of the most powerful teams in Africa, but not this time around after Ghana eliminated them at home. The match ended at 1-1 against the black stars from Ghana. The super eagle’s fans were not impressed by performing this African football giant.

This is not the first round; Nigeria failed to qualify for the FIFA world cup in 2006, held in Germany, and failing to book a place in the world cup in 2022 in Qatar is a major disappointment for their fans. The world cup will miss the presence of Wilfred Ndidi, Napoli’s Victor Osimhen, Kelechi Iheanacho, and Ademola Lookman.

Algeria is another African giant that has won the 2019 AFCON cup, but Cameroon ended their dream of taking part in the world cup 2022 with a 2-1 defeat in a playoff at Blida stadium. The Cameroonian Karl Toko Ekambi scored the goal that left the Algerians crushed during the fourth minute of injury time. Missed chance to qualify for the world cup was another major blow for Algeria after they missed qualifying for the African Cup.

Although the Algerians had won 1-0, the 2-2 aggregate draw made them miss the 2022 World Cup ticket. After their qualification, Cameroon was to join Morocco, Tunisia, Ghana, and Senegal in representing the African continent in the Qatar world cup.

It was a double tragedy for Egypt after losing the AFCON title to Senegal a month earlier in a penalty shootout. After a tense world cup qualifying match, the Egyptian pharaohs lost to the same opponent during the third-round qualifiers.

The game had started with an early goal from Senegalese Boulaye Diab; the game stayed at 1-0 in 90 minutes, and the extra time was 30 minutes. After a 1-0 win for Egypt at home, the teams drew on aggregate.

Egyptians were hopeful during the penalty shootout until misses from Zizo and  Mohamed Salah gave way to Sadio Mané’s goal to win the World Cup qualification. Throughout the game, Egyptian fans showed their frustrations.

Mohamed Salah is one of the best forward players globally; Fans will miss his talent in this international football that every fan awaits.

Chile has failed to qualify for the world cup two consecutive times. They left Chile fans sad since they wanted to see their top scorer, Arturo Vidal and  Alexis Sanchez, play and score in this great tournament.

The 2022 World cup qualifier matches were a tough bridge to cross for some of the strong teams that the fans had hoped for. Some of the best top players, their absence in the world cup 2022 will be felt greatly. Other teams like Colombia got the title of successful absentee after failing to qualify for the world cup for over one chance. Big teams like Italy and Nigeria fans got frustrated, and their die-hard fans will have a hard time admitting their absence in the 2022 world cup in Qatar. 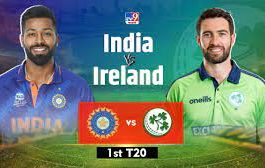 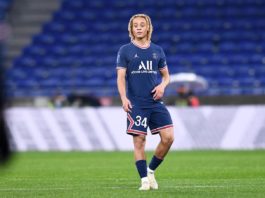