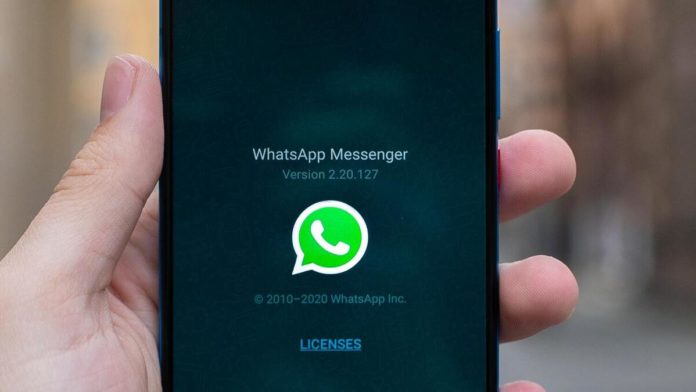 WhatsApp is testing a new capability that allows you to silently leave a group chat without sending a notification to other members.

But at least one person about your nonappearance should be done. It has been made clear in a post that Group admins will still be able to see who leaves the group when the feature comes officially, but other members except the admin will not know when you leave the group.

So, if you have decided to take a leave from a creepy group, the whole WhatsApp group participating will be enlightened with a resolute reassuring letter from your side.

The new feature might avert bulky disputes with extraneous groups. Moreover, participants can take your absence as a bad sign. On the pitch side, they are working on a feature that lets you move your chat to iOS from an Android device, finally connecting the contorted roots of a bridge.

It will save you worries about switching your device from Android to iOS. Moreover, the company also planning to bring share polls in whats groups that can contain up to 12 options, Which will be used to convey the explanation of yourself to the vagabond person in your WhatsApp groups.

WhatsApp presently, revealed its contingent all across social media to offer new things to users.

Separately, the Meta-owned messaging app is also working on bringing a new feature to its platform that will enable WhatsApp users across the world to use the messaging app in a language of their choice. The blog site says that the company is working on a feature called ‘App Language’ and that this feature is available to users across the globe who are using WhatsApp beta for Android version 2.22.9.13 of the app.

According to reports, the new App Language section will appear in the Settings menu and it will give users entry to a host of languages including Afrikaans, Urdu, and Azerbaycan among others. This feature was available for some users in India.

Previous articleXiaomi Band 7 launched with a 1.62″ AMOLED display and over 120 sports modes
Next articleVincy Barretto is set to move from Kerala Blasters to Chennaiyin FC

WhatsApp finally releases Message Reactions to all its User-base